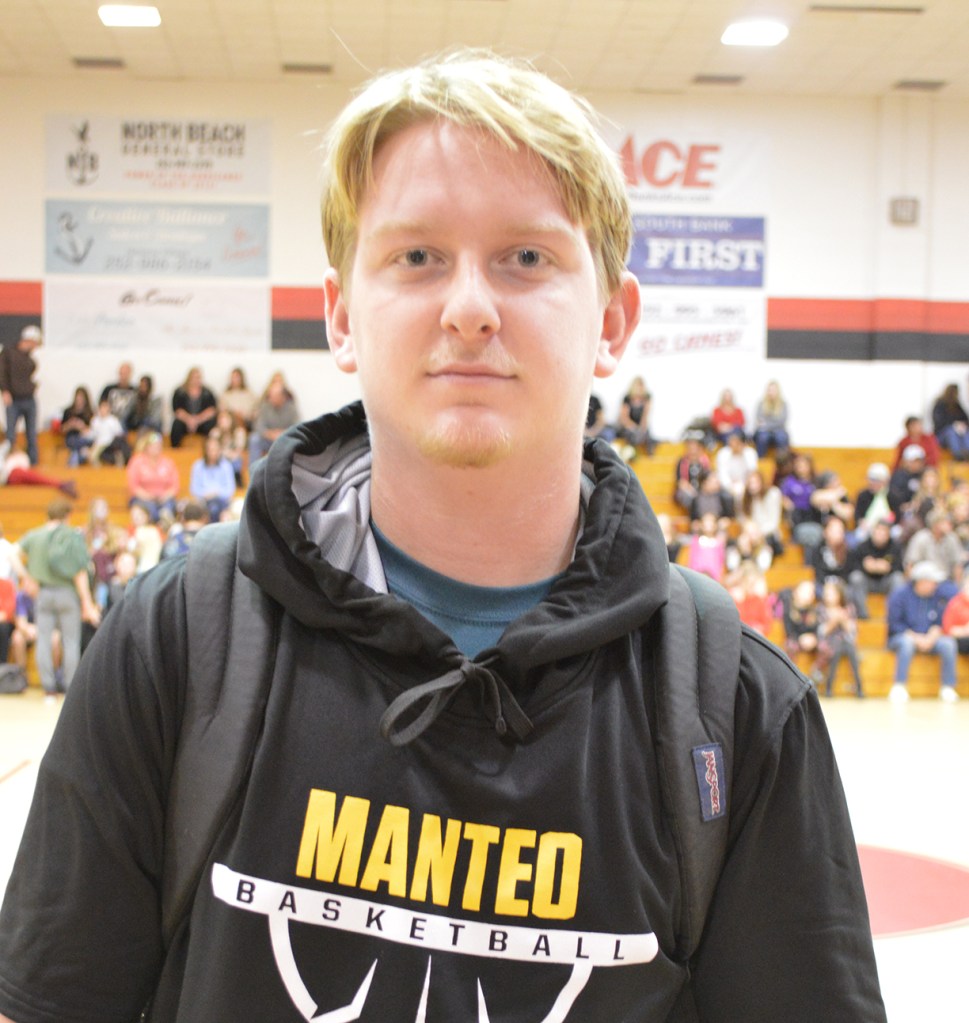 Manteo High’s Darren Saunders, a junior, scored 22 points in Manteo’s 69 to 34 win over Cape Hatteras Secondary. Saunders, who was named Player of the Game for Manteo, is averaging 15.7 points per game. Mary Helen Goodloe-Murphy photo

However, Cape Hatteras boys junior varsity won against Manteo 50 to 43.

In both varsity games, standout scoring stars for Manteo led teams to wins.

In the girls game, Genesis Gregory, a dominating center, scored 18 points. Her teammate Skylar Williamson scored 14 and Logan Saunders, 5. In all, 14 girls entered the game for Manteo. For Cape Hatteras, the high scorer was Haley Quidley with 9.

In the boys varsity game, Darren Saunders scored 22 points connecting on 6 of 9 from three point range and two field goals. Saunders was named Player of the Game for Manteo.

Calveon Rice also scored in double digits for Manteo, connecting for 11 points. Some 13 players entered the game for Manteo. The team connected on 11 from three-point range, almost half the Manteo’s final score.

In both varsity games, Manteo scooted out front in the first quarter. In the boys game, Manteo led 16 to 7 after the first 8 minutes. In the girls game, Manteo was out front 9 to 1. Both Manteo teams dominated court play for the remainder of the contests.