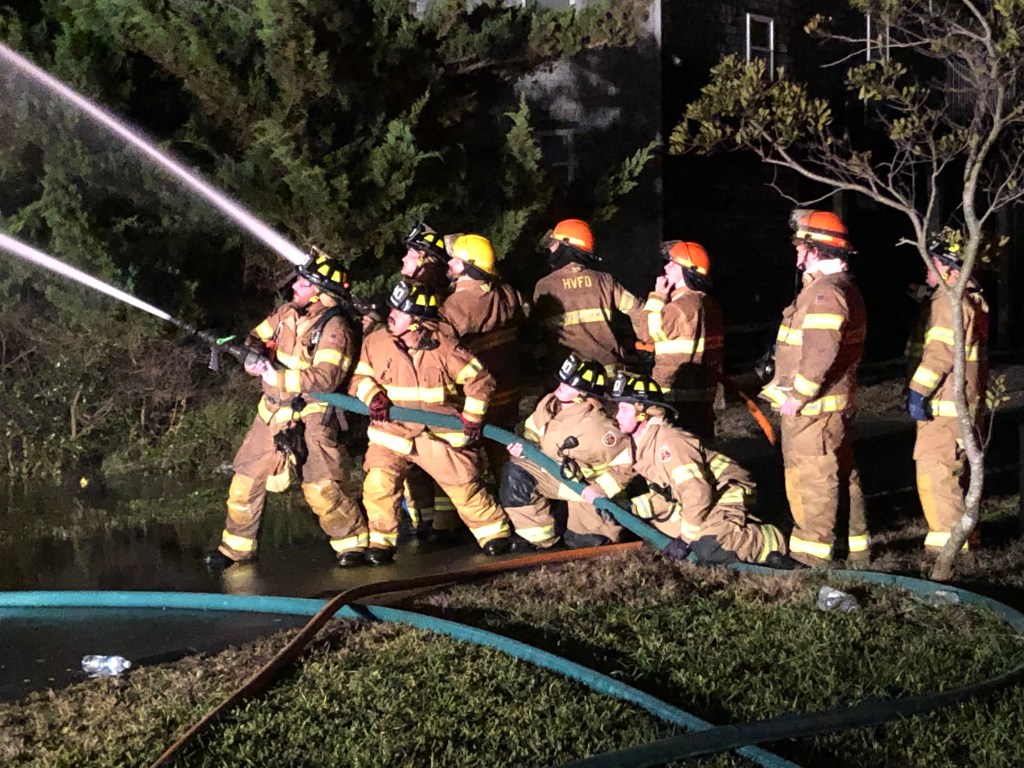 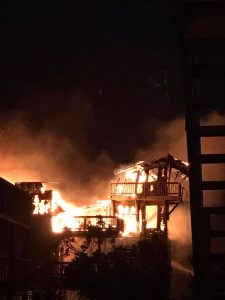 A fire in Hatteras Friday night destroyed one house and damaged another. B. Willis photo

A structure fire in Hatteras village completely gutted one home and damaged another.

Some 20 Hatteras volunteer firefighters raced to the scene on Empire Gem Lane. An automatic mutual aid call was sent to Frisco Volunteer Fire Department. A second alarm drew Buxton firefighters to the scene.

Howling winds around 30 miles per hour pushed flames to an adjacent house. Firefighters quickly put out that fire.

After two and half hours of fighting, the fire was under control.

The houses were unoccupied. No firefighters were injured.

Incident commander was Cameron Whitaker, who assumed command from Todd Ballance, Hatteras fire chief who operated the station’s pumper. Whitaker is a volunteer at the Hatteras department and is also employed as a Duck firefighter.

Upwards of 35 firefighters were involved in fighting the blaze, including Hatteras village junior firefighters in orange helmets.

The department’s auxiliary set up a rehab station stocked with sandwiches and drinks.

Dare County Fire Marshal Steve Kovacs was on the scene Friday night and again on Saturday. No cause of the fire has been determined.

In a structure fire, other agencies provide back up. Staffers from Dare County Emergency Medical Services and Sheriff’s Office were on the scene.