Tourism board takes next planning step for event site 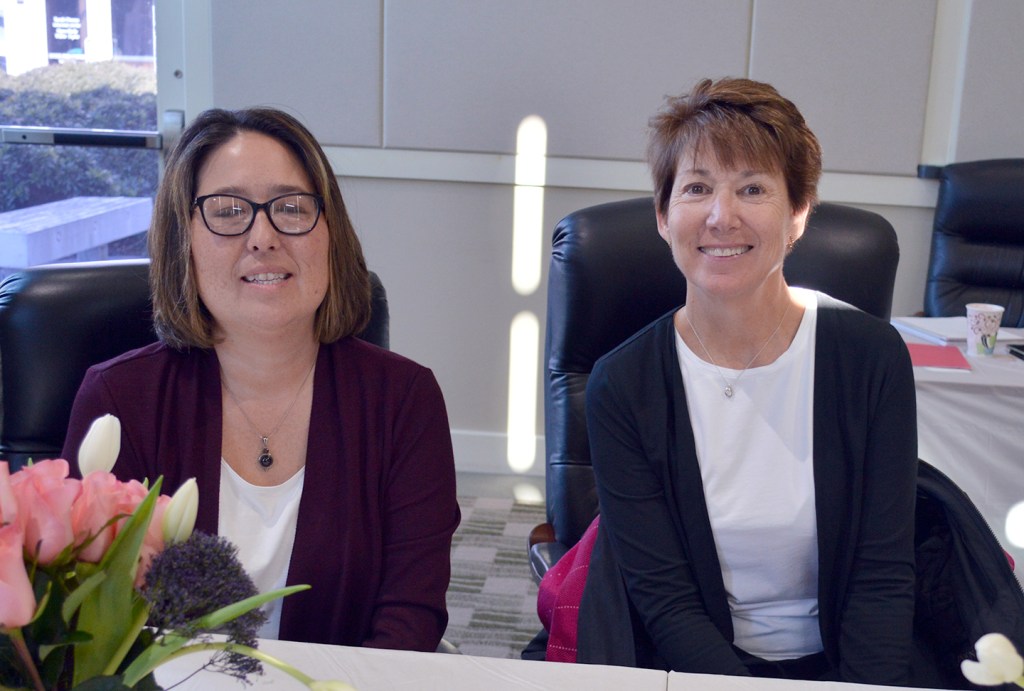 Rotating off the Dare County Tourism Board are Tonia Cohen, representing the Outer Banks Hotel/Motel Association, and Nancy Caviness, councilwoman with the Town of Duck. Dare County Board of Commissioners is scheduled in January to make appointments to the tourism board from recommendations made by towns and groups with seats on the tourism board. Mary Helen Goodloe-Murphy photo

On Dec. 18, the Dare County Tourism Board took the next planning step for The Soundside Event Site in Nags Head.

On recommendation from an interview committee, the board approved Johnson Consulting of Chicago for conducting a study about economic impact and site feasibility for the Event Site. The cost is $44,000, which will come from the restricted fund. The expenditure needs Dare County’s Board of Commissioners action. Johnson Consulting presented the lowest bid. The motion authorized Outer Banks Visitors Bureau executive director Lee Nettles and legal counsel Jay Wheless to execute the contract.

Now, the issue is the authorizations issued by the National Marine Fisheries Service for five companies to engage in seismic testing from Delaware to Florida. The tourism board told Nettles and Chairwoman Myra Ladd-Bone to revise the existing resolution and update tourism figures.

Nettles requested and received permission to issue a request for proposals for a firm to handle online advertising and email for the Outer Banks Visitors Bureau. Nettles said the existing contractor has provided good service since 2011.

“November was not too kind,” said Nettles as he reviewed visitation numbers at various sites around Dare County. He said that passenger numbers for the new NCDOT passenger ferry between Hatteras and Ocracoke will be added to the list.

Robert L. Woodard, chairman of the Dare County Board of Commissioners, presented information about College of The Albemarle. In 2019, the county has budgeted $7 million to build a new campus for the community college at the current Roanoke Island campus.

On recommendation from the board’s steering committee, the tourism board extended the short-term restricted fund grant for the Outer Banks National Scenic Byway.

The steering committee turned down two requests from the Town of Nags Head for a GOSPL grant. The town sought $102,500 to purchase two lots, one on W. Bridge Lane and the other on South Cutty Sark Lane. Both lots are undeveloped. The town wants to purchase both lots to prevent development and further exacerbate drainage issues.

The steering committee said the requests “did not adequately satisfy the threshold for restricted fund expenditures, which includes GOSPL.”

GOSPL stands for Green Space – Open Space Preservation of Land Grant. The grant is intended “to preserve and protect the lands within Dare County for current and future generations.”