The town manager of Manteo, Kermit Skinner, began 2019 as a retired man. After over 30 years with the Town of Manteo he walked away with no regrets. “This is one of the best small towns in North Carolina,” said Skinner. He said he will miss the people he has worked with over the years, but believes the tone set during his tenure will allow the town to continue to chart a progressive course. 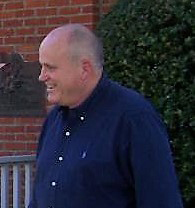 Skinner announced and planned to retire in June, but the town mayor and board of commissioners asked him to stay until the end of the year while a new manager search is conducted. The search is progressing but as of yet, a replacement hasn’t been hired. The Manteo assistant manager, Shannon Twiddy, has stepped into the role in the interim.

Skinner plans to take some time off, catch up on the to-do-list around the Roanoke Island home he shares with his wife Kookie and then see what the next chapter of life has in store for him.

“Who would of thought it would be 30 years. I have no real disappointments,” reflected Skinner, saying it has been, “a helluva ride.”