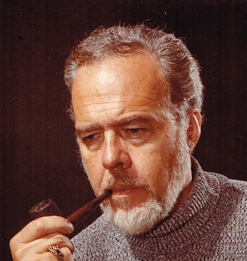 William Marion Hardy passed away peacefully on January 2, 2019, at the age of 96, at the Dubose Medical Center in Chapel Hill, North Carolina. Born in Norfolk, Virginia on March 30, 1922, Hardy was a longtime university professor who also worked in professional theatre as an actor, director and playwright. He was the author of eight published novels. During World War II he served in the Pacific as a Lieutenant on the submarine U.S.S. Billfish. While on patrol about 100 miles from Japan, they found themselves temporarily engulfed by a large tidal wave, which they later realized was the product of the atomic bomb that had been dropped on Nagasaki.

He graduated from the Duke University Pratt School of Engineering in 1943, and after the war he taught engineering at Duke until he changed professions to the theatre, getting his Master’s Degree in Drama at the University of North Carolina at Chapel Hill. He taught drama at Texas Western University in El Paso, Texas and at Purdue University in West Lafayette, Indiana. In 1963 he returned to Chapel Hill to be a professor in UNC’s Department of Radio, Television and Motion Pictures. He retired from teaching in 1990, but continued to act and direct professionally, notably at Theatre in the Square in Marietta, Georgia, winning an award for his performance as Willy Loman in DEATH OF A SALESMAN. Among the numerous honors awarded to him in his lifetime was the Marian A. Smith Distinguished Career Award from the North Carolina Theatre Conference in 1991.

From 1968 through 1999 he served as the Production Director of the summer outdoor drama UNTO THESE HILLS in Cherokee, North Carolina,

working with thousands of theatre people by whom he is still remembered with love and respect. He wrote the outdoor drama THE SWORD OF PEACE, which opened in Snow Camp, North Carolina in 1976 and performed every summer until 2016. He earlier served as General Manager of THE LOST COLONY and HORN IN THE WEST. In 2002 he was given the Institute of Outdoor Drama’s Mark Sumner Award for his lifetime contributions to the field.

Several of his novels were inspired by his wartime submarine service, including WOLFPACK and U.S.S. MUDSKIPPER. A TIME OF KILLING was adapted into a television film starring George C. Scott. His personal favorite of his books was THE JUBJUB BIRD, a satirical comic story set during the 1960s civil rights unrest in a southern university town not unlike Chapel Hill.

He is preceded in death by his parents, Clyde and Nora Hardy, his older brother Clyde Jr., and by his wife of over 50 years, Martha Nell Hardy, an award-winning professional actress and educator who was a professor in the Communications Department at UNC, serving as Chairman there for many years. He is survived and mourned by his children Michael Hardy (of Fearrington, NC), Melissa Hardy-Trevenna (of Port Stanley, Ontario), Pamela Rooks (of Florence, SC) and Peter Hardy (of Atlanta, GA), as well as grand-children, great-grand-children and thousands of friends, colleagues and former students.

When asked if he had any hobbies, he said “Not really. The theatre was my profession and I had the good fortune to thoroughly enjoy my work. I didn’t need any other hobby.”