BOE members sworn in, board reorganized 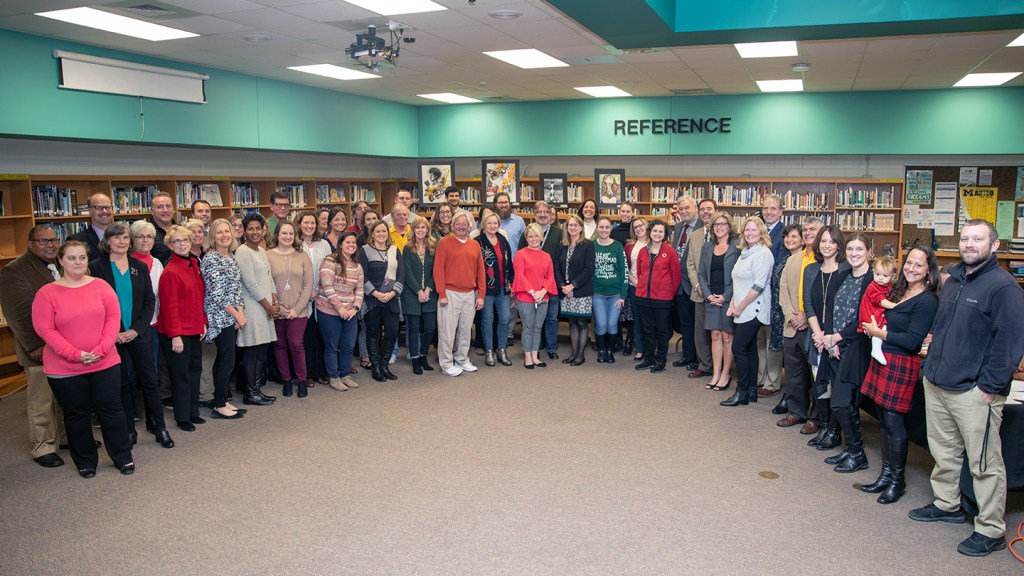 The Manteo High School staff was recognized at December’s Board of Education meeting for their outstanding work and dedication to academic excellence. The school received an A rating for the second year in the row. Less than three percent of the high schools in North Carolina received this rating. Superintendent Farrelly and the Board of Education join in the photo. DCS photo

On Dec. 11, the Dare County Board of Education swore in new and returning members before going into a closed door meeting.

Sworn in were re-elected board members Joe Tauber and Margaret Lawler and newly elected District 1 board member Frank Hester. 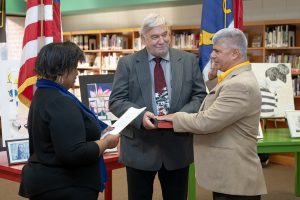 Re-elected board member Joe Tauber is sworn in by Georgia Sellers. Tauber is joined by John Luciano. DCS photo 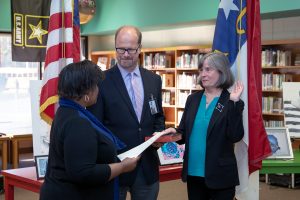 Re-elected board member Margaret Lawler is sworn in by Georgia Sellers. Lawler is joined by Ben Sproul. DCS photo 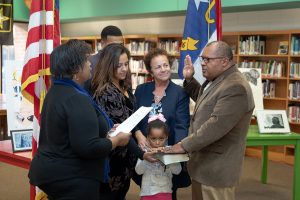 Newly elected board member Frank Hester is sworn-in by Georgia Sellers. Hester is joined by his family. DCS photo

At the regular meeting and after a choral performance by the Manteo High School Choir, the board reorganized.

Nominated for vice chair was Mary Ellon Ballance. Tauber made the nomination, which was seconded by member David Twiddy. No other nominations were forthcoming. The vote was six to one with board member and current vice chair Margaret Lawler voting no.

The board met in closed session before the regular 5 p.m. meeting and then again after the regular meeting until around 9 p.m.

During the regular meeting, the board approved an amendment to the Government Education Access Channel Committee Interlocal Agreement. The amendment allows the committee to transfer money between line items as long as it does not affect the total annual operating budget. The amendment also clarifies that contingency line item can be transferred for expenditure as needed.

The board adopted on the first reading a technical revision to Policy 3565/8320 Title I Comparability.

In the consent agenda, the board accepted a $15,000 donation from an individual to purchase a new sound system for the First Flight High School Media Center.