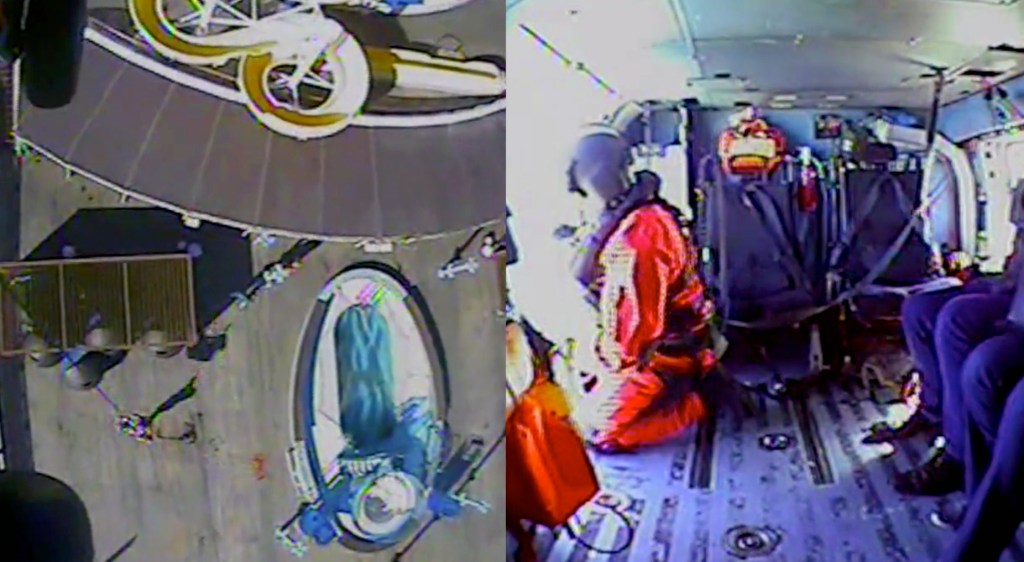 The Coast Guard medevaced a woman from the cruise ship Carnival Pride approximately 50 miles southeast of Cape Hatteras on Monday.

Crewmembers on the Carnival Pride contacted watchstanders at the Sector North Carolina command center and notified them that the 40-year-old woman was having abdominal pains and needed to be medevaced.

An MH-60 Jayhawk helicopter crew from Air Station Elizabeth City launched to assist. Once on scene, the aircrew hoisted the woman up, accompanied by her spouse and a nurse. The woman was transported to Carteret Health Care in Morehead City.

“We would like to commend the ship’s crew for their quick communication,” said Ensign Magen Bloch, watchstander at Sector North Carolina. “Due to their actions, we were able to get this woman the care she needed.”

Video: Coast Guard responds to over 700 false alerts in 2018, urges everyone to register their beacon