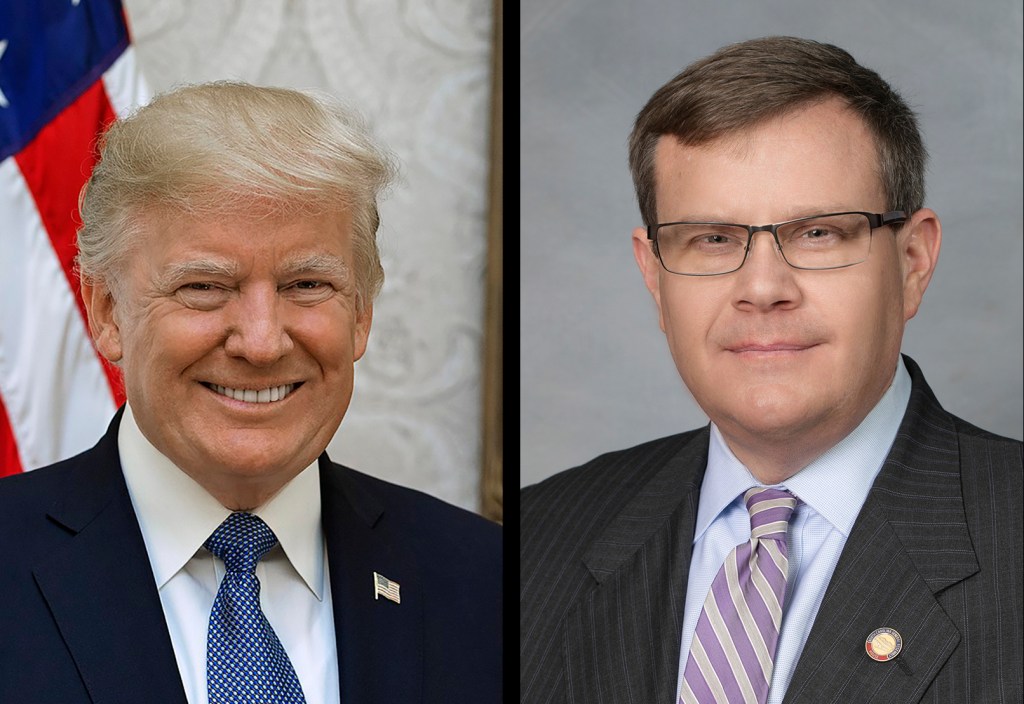 RALEIGH (AP) — The speaker of the North Carolina House says President Donald Trump called to thank him for an invite to deliver the State of the Union speech in Raleigh.

Speaker Tim Moore says the two Republicans talked on the phone briefly Monday evening. Moore last week made public his invitation to Trump after Democratic U.S. House Speaker Nancy Pelosi suggested Trump delay the address to Congress or give it in writing due to the partial government shutdown.

Moore’s office said Tuesday that Trump’s “team was still determining when the speech would take place.”

Moore says he hoped holding the speech at the Legislative Building in Raleigh would help leaders in Washington resolve the impasse. He says it’s important to carry out the tradition and allow for the Democratic response.

Trump invited to NC to give State of the Union