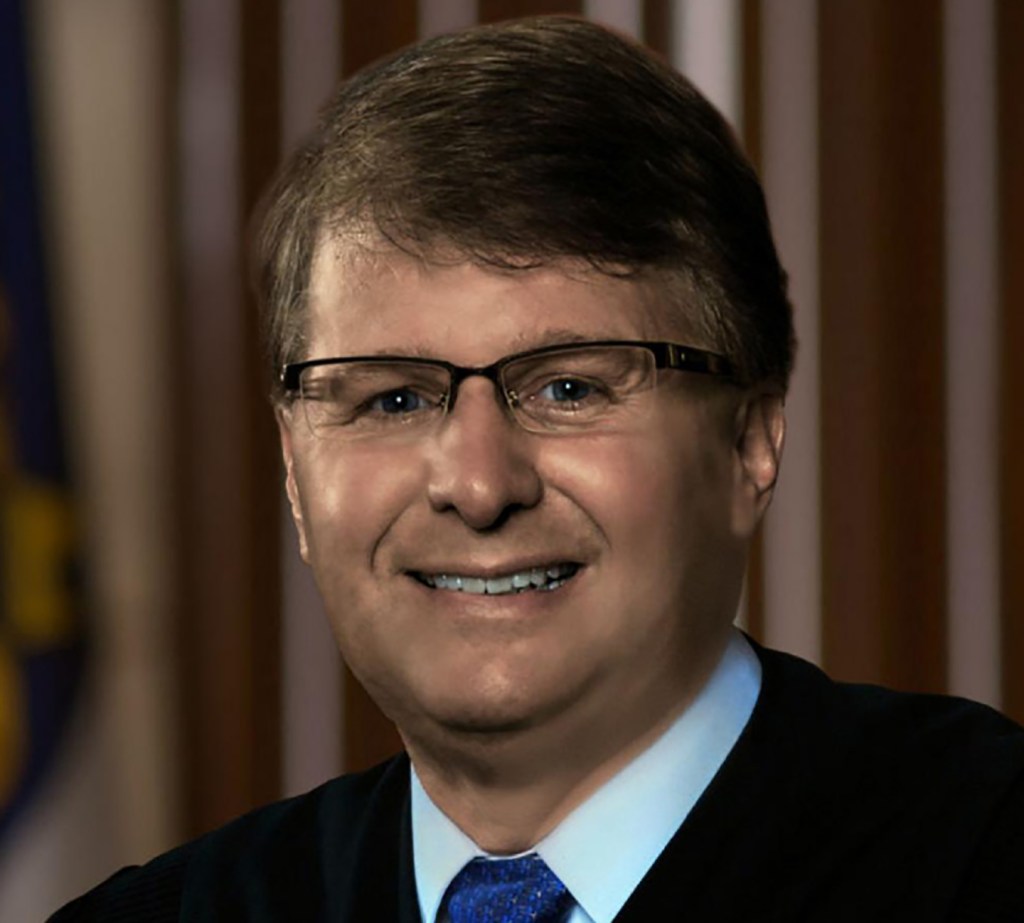 The resignation means Democratic Gov. Roy Cooper gets to decide who fills the Republican’s seat on the court and who the next chief justice will be. Five of the seven current Supreme Court members are registered Democrats.

Martin told The Associated Press of his decision to resign the chief justice’s post at the end of February. He’s held the post since 2014 and will become dean of Regent University law school in Virginia Beach, Va.

Martin’s surprising departure, midway through an eight-year term on the court, follows two years in which the state’s justices and the courts have been pulled increasingly into political battles between the GOP-controlled legislature and Cooper.

Cooper or his allies have sued several times over legislation that have eroded the governor’s powers, including some laws approved a few weeks before Cooper took office in January 2017. The state Supreme Court and lower courts have ruled in cases, with Cooper winning some battles and Republican legislative leaders winning others. Martin penned the majority opinion in two major cases involving the divisions of government powers.

Democrats are hopeful that new lawsuits challenging a new voter photo identification requirement and alleging excessive partisan bias in General Assembly districts drawn by Republican lawmakers fare well on appeal in a court that’s moving to the left. The legislature also has made all local and statewide court elections officially partisan affairs again. Appeals court races had been officially nonpartisan for more than a decade, although political parties made endorsements.

Martin, who as chief justice leads the state court system, said his decision had nothing to do with the infighting between the other two branches of government.

Martin tells the AP he’s young enough at age 55 to do something different and wanted to work with law students seeking to make a difference in the world. He has been a trial or appeals court judge for 26 years.

“Twenty-six years is a generation of time,” Martin said in an interview. “I realize that while I still have my health and ability to work in a fairly intense way that now is the time to really work with young people.”

Martin “represents the intellect, skill, integrity and vision that we want our students and graduates to emulate,” Robertson said in a Regent news release.

Should Cooper’s choice to join the court be a registered Democrat, the party would hold six of the seven seats. The governor can decide either to make his choice for the court the chief justice, or elevate someone already on the court to the top position.

That means either one or two additional seats will now be up for statewide election in November 2020, and could mean as many as three of the seven seats would be on the ballot, giving Republicans a chance to narrow the partisan divide.

Cooper and Republican Senate leader Phil Berger thanked Martin for his service in separate news releases. Cooper said he would “carefully consider his replacement in the coming days.”

Martin was appointed to a local judgeship at age 29. He became the youngest Court of Appeals judge in state history in 1994 and the youngest justice at age 35 after getting elected in 1998. Republican Gov. Pat McCrory elevated him as the state’s 28th chief justice in 2014 and he won a full term a few months later.

“My goal for 26 years has been to uphold the constitution, to uphold our laws and to do so fairly, impartially and independently, and that is what I hope I’ve accomplished,” he told the AP.

As chief justice, Martin convened a blue-ribbon study of the court system that served as the basis for many of his initiatives. He helped get legislation passed in 2017 that will soon end North Carolina’s designation as the only state that automatically prosecuted 16- and 17-year-olds as adults for crimes.

Martin also pushed unsuccessfully for consensus on altering how judges are selected in the state, moving away from head-to-head elections as a way to protect judges from political pressures.

A proposal by GOP legislative leaders that lacked Democratic support to alter the state constitution and change how judicial vacancies were filled was soundly defeated by voters last November. If that amendment had been approved, the legislature would have forced Cooper to fill Martin’s vacancy from the lawmakers’ slate of candidates.