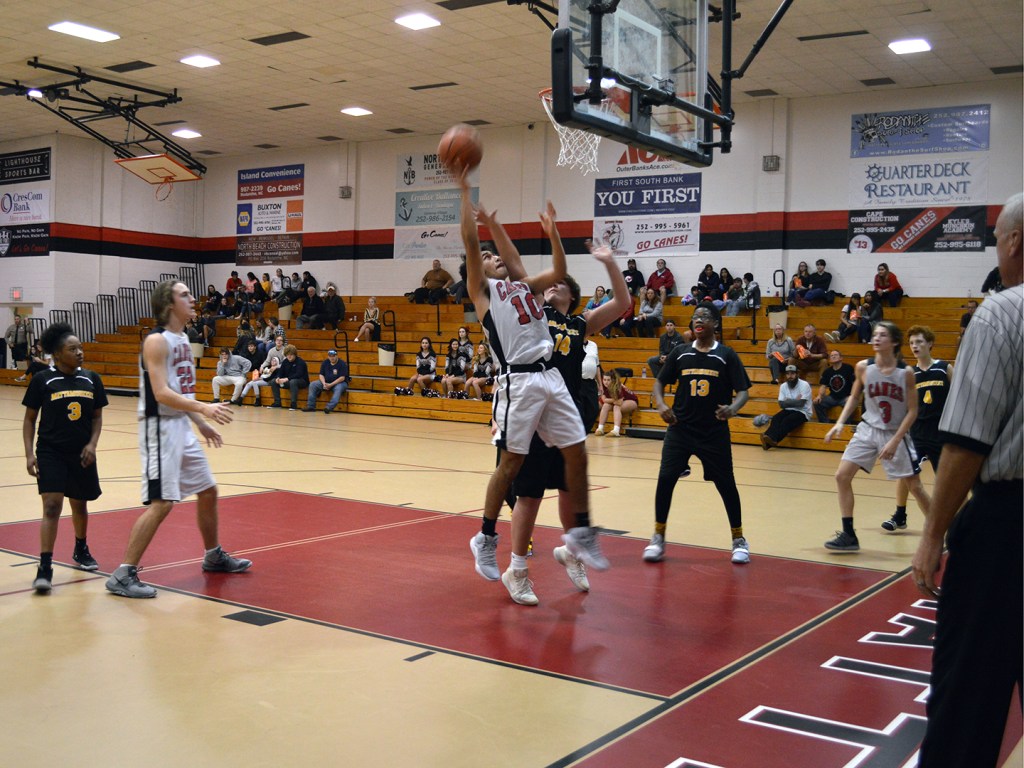 The varsity Hurricanes won 55 to 48 in a scoring duel with the Lakers.

In the varsity matchup, Cape Hatteras jumped out with a 15-9 lead at the end of the first quarter. Dylan Gray scored seven of his game-high 19 points in that first eight minutes.

In the second and third quarters, the Lakers played almost even with the Hurricanes, who increased the lead to seven points. In the third quarter, the Lakers outscored Cape Hatteras by a point, 13-12.

The Lakers used that momentum to immediately cut the Cape Hatteras lead to two, 38-36.

Cape Hatteras responded with a three from José Cirisa and a two from Gray.

Both teams scored six three-pointers for a total of 12 in the game.

Also scoring in double figures for the Hurricanes was Chase Silver with 12 points, including a trio of threes. Additional Hurricane players scoring were Keegan O’Neal, 7, Trafton Reynolds 8, Cirisa 8 and D.J. Register 1.

Mattamuskeet’s top scorers were Bernard Johnson with 13, Ivy Burrus with 12 and Jojuan Rodman with 11. Additional players on the Laker roster were Carlos Harris, Devonte Riddick, Samuel Stewart and Xavier Gibbs. 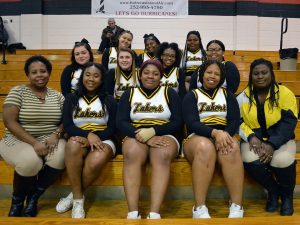 The junior varsity boys game, opened like the varsity’s.

Cape Hatteras jumped out front 23-13 in the first quarter. Mattamuskeet closed the gap to six at the half. Cape Hatteras posted a massive score 29-9 in the third quarter and added more in the final eight minutes.

Leading the scoring for Cape Hatteras was Victor Caldera with 24. Taj Midgett scored 17, Charlie Conner popped in 15 and Ayden Paddock pumped in 13.

Mattamuskeet does not have a girls team this season.

On Friday, Cape Hatteras Secondary hosts Columbia High. The boys junior varsity game starts at 4:30 p.m., followed by the varsity girls around 6 p.m. and the varsity boys around 7:30 p.m.

The Cape Hatteras Secondary Booster Club is looking for volunteers to help out with the concession stand during games. For parents, it is the club’s policy to schedule your time at the stand around your student’s game. For students, working in the concession stands earns volunteer hours for clubs and for college applications. Contact Andrea Quidley at 252-305-6722 to volunteer.