Clifton A. “Sonny” Duke retires from CHEC board 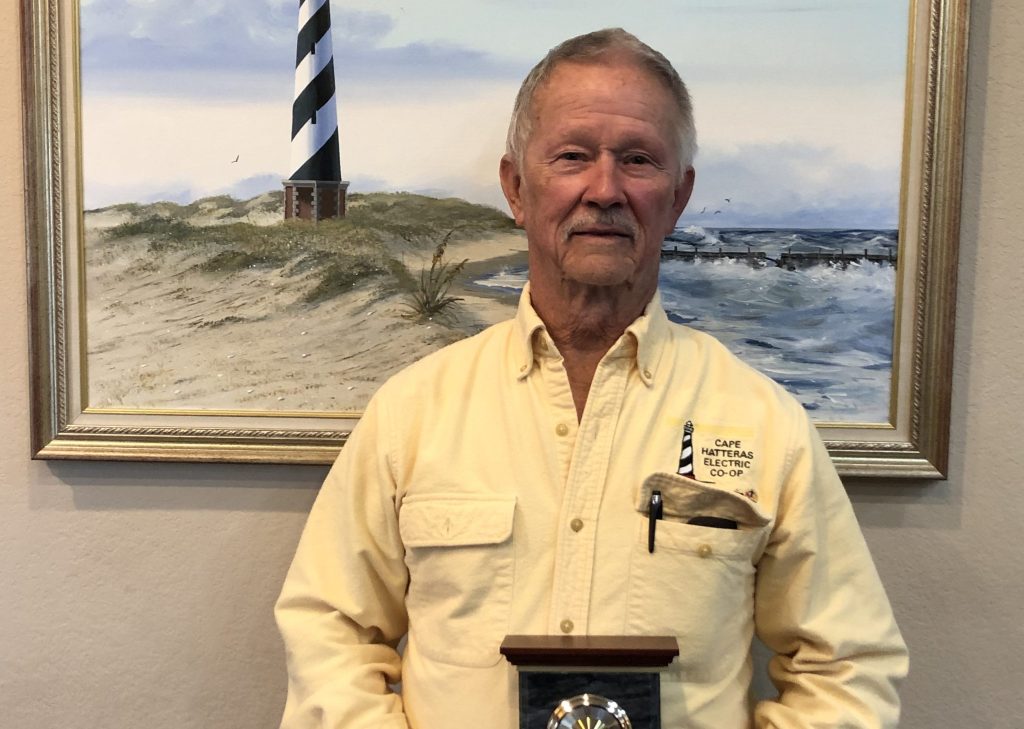 On January 17, Clifton A. “Sonny” Duke retired from the Board of Directors of the Cape Hatteras Electric Cooperative. The board presented Duke with a clock in honor of his dedicated service starting in 2001. Duke represented the board’s Rodanthe-Waves-Salvo district. CHEC photo

Clifton A. “Sonny” Duke has retired from the Board of Directors of the Cape Hatteras Electric Membership Cooperative.

The cooperative board recognized his contributions Jan. 17.

Duke was first elected to the cooperative board in 2001, representing the Rodanthe-Waves-Salvo District.

He was among the first group of directors nationwide to be awarded the national association’s elite Director Gold status in recognition of his ongoing commitment to advancing his cooperative knowledge.

During his tenure, he served as secretary-treasurer and vice president of the Cape Hatteras board.

In his community, he served as president of the Salvo Volunteer Fire Department. He is a member of the Rodanthe-Waves-Salvo Civic Association. Duke holds a North Carolina Retired Commercial Fishing License. He retired a general manager of human resources from the Department of Defense.

He and his wife Betty have lived full time in the house they built in Salvo since 1996. Sonny and Betty have four children, nine grandchildren and seven great-grandchildren.