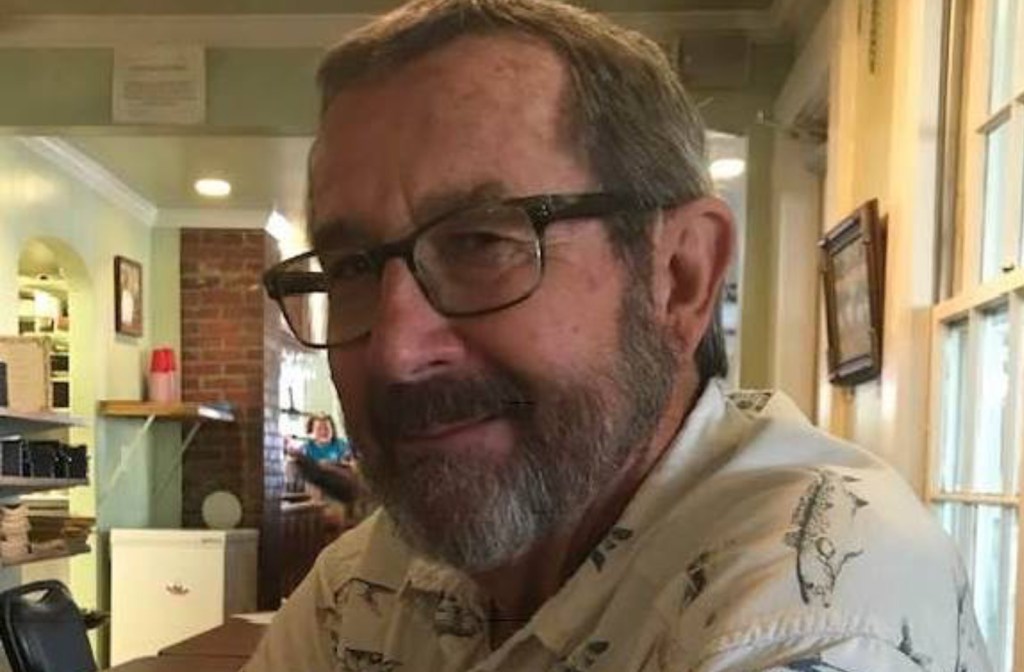 Stephen Garland Brite passed away suddenly January 21, 2019 at his home in Oriental, NC. When he retired to NC from the Washington, DC area, he embraced his middle name Garland, and soon became known as “Garlando” or “G-man” to his many friends, neighbors and fishing buddies.

Preceding him in death are his parents Ellwood Garland Brite and Marguerite Rieley Brite.

His passion for fishing was legendary and you could find him most mornings on his boat “Root Boy” cruising down Kershaw Creek, Greens Creek, or Neuse River admiring the sunrise. He was generous with his catch of the day and filled many neighbors’ and friends’ freezers. If you were lucky enough to go along on a fishing outing, you were sure to hear, “You’re Garlandteed to catch something.” He was also known to prepare meals and post them on social media for friends and family to admire.

When not fishing, he enjoyed yard work, gardening and tossing the ball to his best friend and loyal dog Booker, a yellow Lab who was always by his side.

Garland was a true outdoorsman all his life. In their younger days, brother Gene remembers how much they enjoyed opening day of hunting in Cambridge, Md. Afterwards, a bowl of Garland’s tasty chili was savored by all. In his later years, Pop Pop reveled in pointing out the abundant wildlife around his property to his granddaughters and other visitors.

A veteran of the U.S. Marine Corps during the Vietnam era, he joined the phone company in Maryland and was a devoted employee until retirement.

Sports was a lifelong interest. Some of his favorite teams were the Washington Senators (back in the day), Washington Nationals, UNC Tar Heels, Alabama Crimson Tide and the Carolina Panthers.

We will fondly remember his droll sense of humor and quick wit. Lots of inside jokes and one- liners are attributed to him, including naming himself Uncle Wonderful to his many nieces and nephews.

Garland was always there to lend a helping hand to anyone in need without complaint and was happiest when a cold beer was offered as payment. He will be missed by all who knew him.