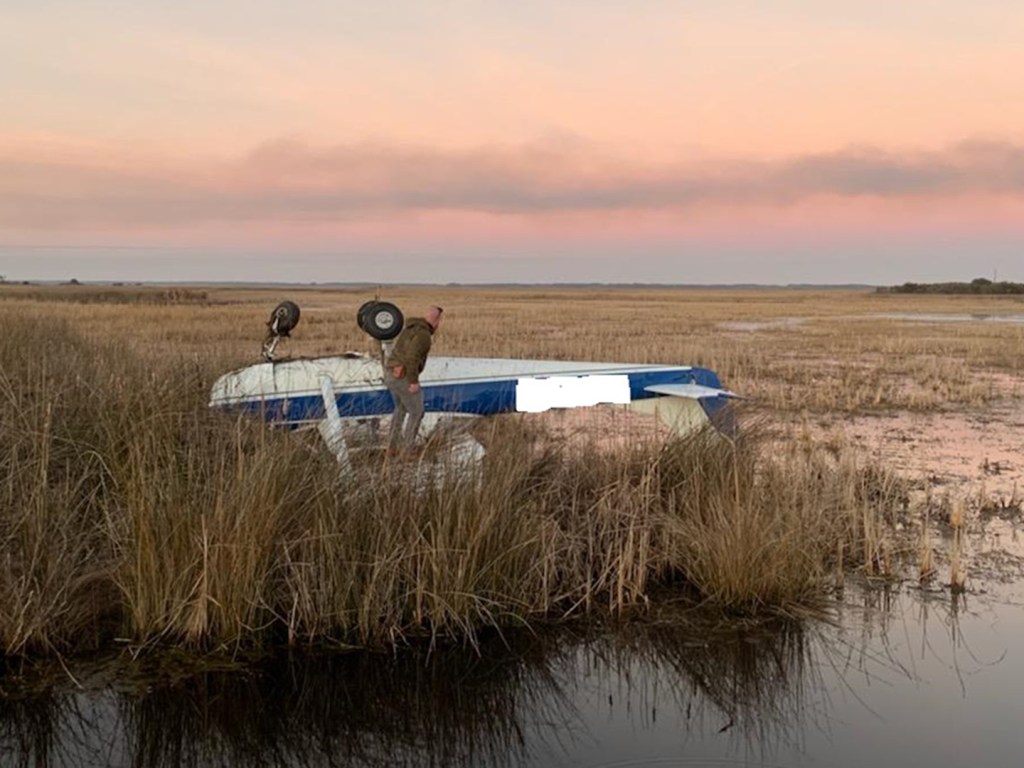 The pilot was the sole occupant of the Cessna aircraft and was reported to be uninjured. Courtesy Currituck Fire-EMS

The pilot was the sole occupant of the Cessna aircraft and was reported to be uninjured. He was able to get out of the plane on his own prior to the arrival of emergency personnel.

The pilot was assisted back onto dry land by emergency personnel using a ladder. The Currituck County Sheriff’s Department also assisted.

The flight originated from the Suffolk Executive Airport in Suffolk, Va. The plane experienced mechanical trouble while flying near the island.

The crash is under investigation by the North Carolina State Highway Patrol and the National Transportation Safety Board.