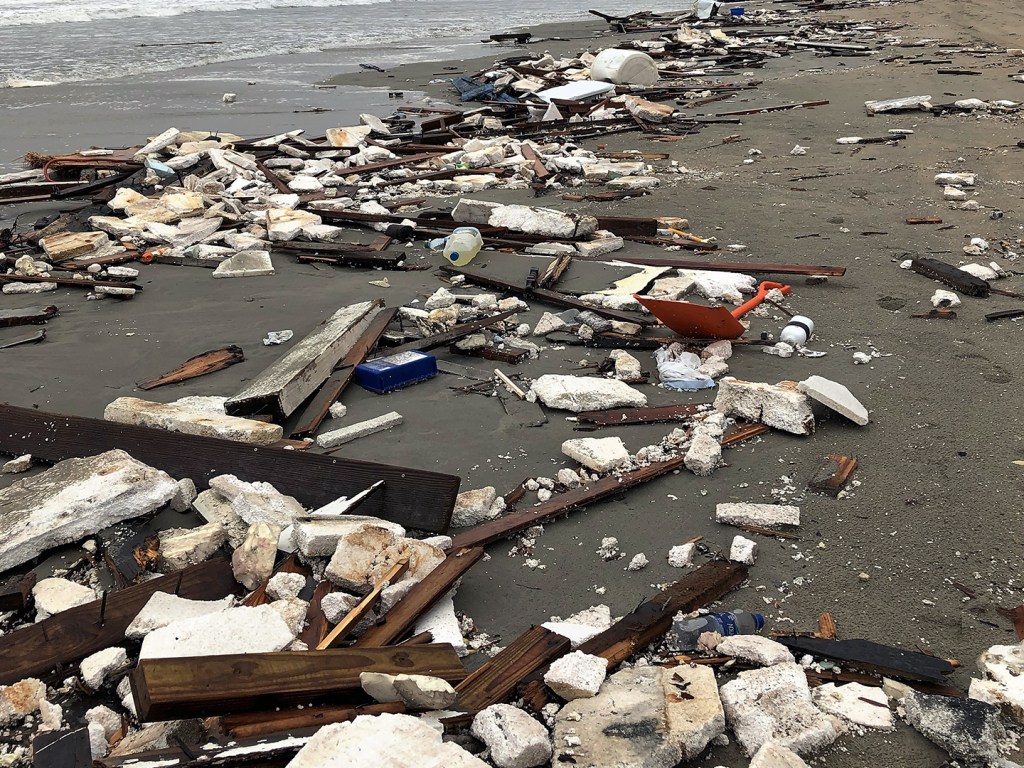 A portion of the debris field left by the Big John shrimp trawler. NPS Photo

Cape Hatteras National Seashore is seeking volunteers who would like to help National Park Service staff clear a large debris field that was left this morning, February 4, by the Big John shrimp trawler wreckage. The beach cleanup will take place tomorrow, February 5, from 10 a.m. to 2 p.m. Individuals interested in volunteering should meet National Park Service staff at the entrance to off-road vehicle (ORV) ramp 49 in Frisco.

This morning, National Park Service Rangers were called out to assist the United States Coast Guard and Hatteras Island Rescue Squad in a search for an overturned vessel near Cape Point. The vessel, a shrimp trawler named Big John out of Wanchese, was found broken apart a half mile north of Cape Hatteras National Seashore ORV ramp 49. The three-person crew of the Big John was found alive and transported for medical evaluations.

“I am thankful that the crew of the Big John survived this morning’s wreck,” said National Parks of Eastern North Carolina Superintendent David Hallac. “Tomorrow morning, Seashore staff will be back out on the beach to clean up the remaining debris field. Large amounts of debris can be found along more than one mile of beach, so we are attempting to clean the area as soon as possible so that we can prevent impacts from spreading to other areas.”

Volunteers should bring leather gloves, water, snacks and sunscreen. Wear appropriate clothing, such as closed-toe shoes and hats. The debris field contains nails, wood and other objects. Trash bags will be provided. Children under the age of 18 must be accompanied by a parent or legal guardian.