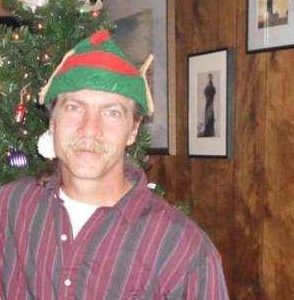 Kill Devil Hills – Fred R. Travis Jr., or as most knew him “Rick,” passed of natural causes on Thursday February 7, 2019 at the family home in Kill Devil Hills, NC. He was 50.  Rick was born November 5, 1968 in Parkersburg, WV. His step-father Garva Eagle preceded him in death several years ago.

After high school, Rick graduated from Glenville Sate University. Not long after, he joined his mother and settled down in Kill Devil Hills. Rick went on to establish and run his own plumbing company – Colington Plumbing, however his true devotion was to his music, family and friends. In his off-time Rick and his band Roots In The Sand could be found playing several local venues. Rick leaves behind a great smile and a personality that is unforgettable to anyone who met him.

Surviving Rick is his mother Nancy Eagle of Kill Devil Hills, NC; one brother, Victor Travis of Lakeland, Florida; his niece Alexis Travis; and his father Fred Travis of Bridgeport, W. Other important people in Rick’s life include his aunts, uncles, Outer Banks friends, his high school friends, his Demolay friends, and countless other whom Rick touched through his business and his music.

The family is planning a celebration of Rick’s life which will be held in April.  In lieu of flowers the family gratefully suggests that memorial donations go to Mustang Music Outreach to bring music into the lives of needy children.