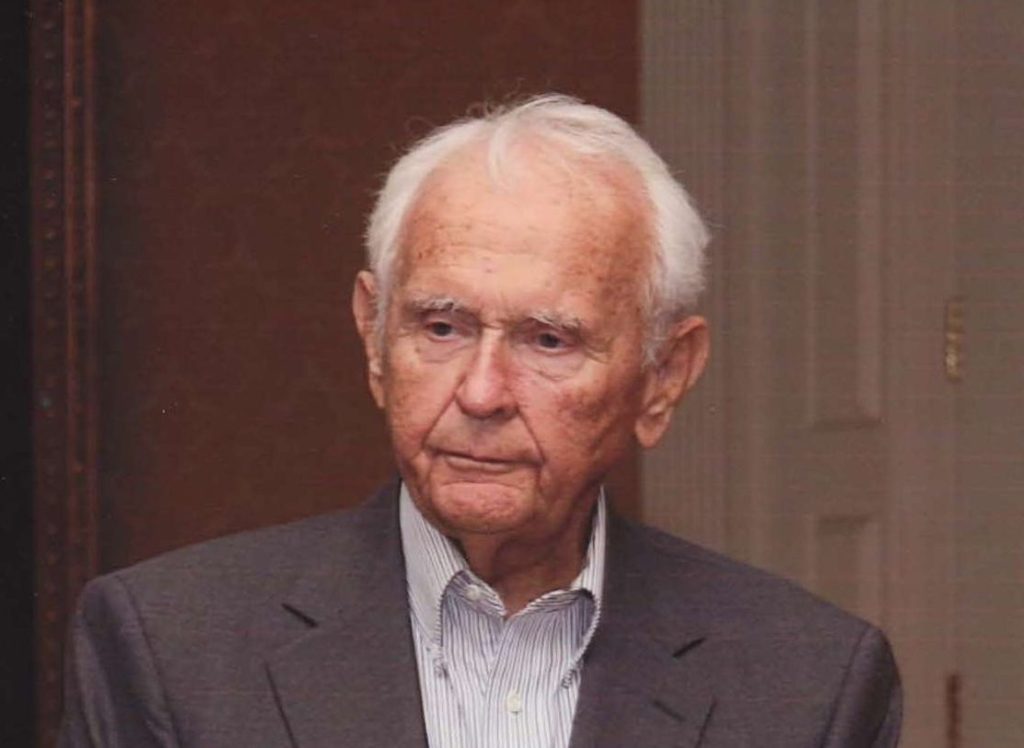 Mr. Davenport was a member of the “Greatest Generation,” landing on Normandy Beach where he suffered a severe head wound. He was decommissioned a Major in the United States Army. After the war, he founded Davenport Motors, a fixture in Elizabeth City for many years. Among his many philanthropic endeavors he helped assemble the land necessary for construction of the Museum of the Albemarle and made substantial gifts to The College of the Albemarle.

He is also remembered by nieces, nephews and friends too numerous to mention.

The family and Mr. Davenport will forever remain indebted to his many caregivers over the past ten years. In particular, special thanks and appreciation are extended to Tommy Diaz, Eldora Brooks, Christine Davis and Fenita Oats, whose kindness and devotion to Jewel will be forever remembered. A special thanks is also extended to Community Home Care & Hospice.

A celebration of Mr. Davenport’s life will be held at 11 a.m. on Friday, February 22, 2019 at Twiford Funeral Home, 405 East Church Street, Elizabeth City, North Carolina. In lieu of flowers, everyone is invited to make a contribution to the charity of your choice.