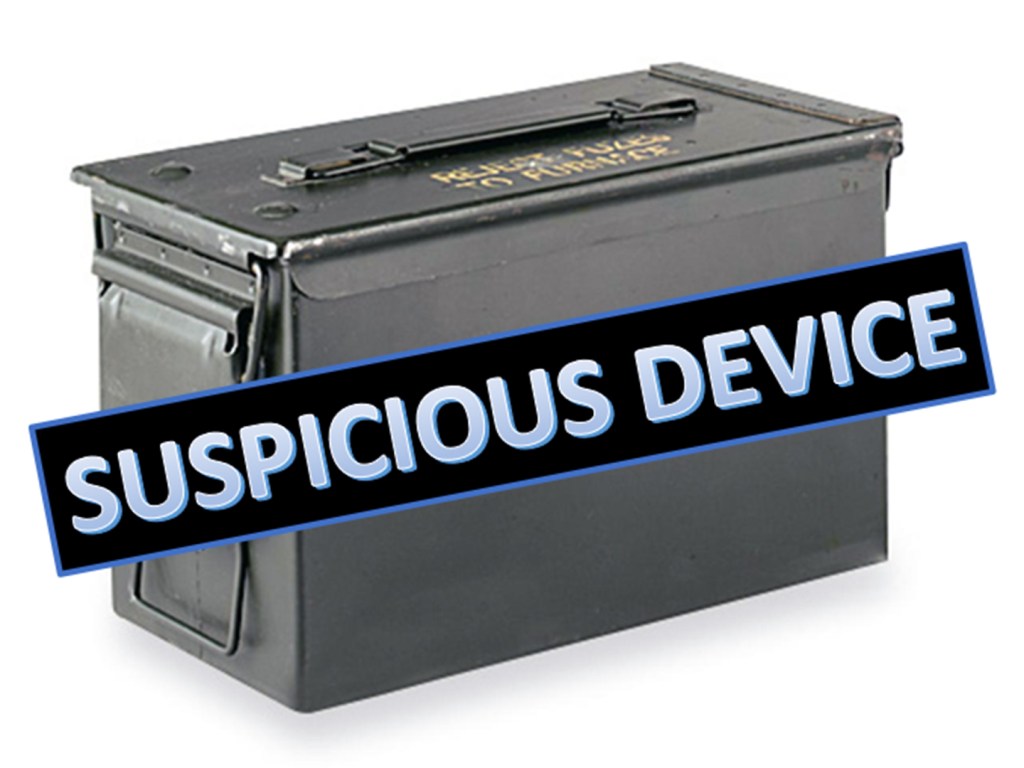 The Kitty Hawk Police Department has issued a press release stating that on Sunday, February 24 at around 9:45 p.m., a military ammunition can was left on the property of a Kitty Hawk resident.

The device’s appearance, outside markings and words made it appear to be an explosive device. The military ammunition can had the names of several officers from the Kitty Hawk Police Department, including the chief of police, written on the outside along with vulgar language and pictures. When activated, the device emitted extremely loud siren sounds like those typical of a car alarm.

The suspect that left the device was captured by an outside surveillance camera. The suspect was wearing a dark hoodie, dark pants, dark shoes and white gloves. The suspect’s face was obscured by a cloth and sunglasses. After activating the device, the suspect ran into oncoming traffic and was almost hit by a light-colored car.

An inspection of the device was made by the FBI and North Carolina SBI. The device was X-rayed and found not to have explosive material.

Investigators are pursuing all leads in this ongoing investigation. If you or someone you know has any information about this incident or were the person in the car, contact the Kitty Hawk Police Department at 252-261-3895 or 252-473-3444 after office hours. A cash reward may be available for information leading to the identification and apprehension of this person(s). All information is confidential.