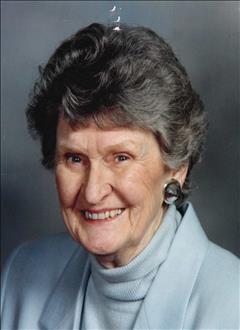 She was Mom, Baba, Lulu, Baba Lou, Sister, Mary Lou, Buntney, Aunt Mary Lou and Maw Maw.  She influenced and touched the lives of so many of us that – as is often the case when someone dear to many dies – it’s hard to describe. But to honor her fully, we will find words and sentiments to tell Mary Louise Storie’s story as best we can.

She died on February 23, 2019, just 10 days past her 95th birthday. The point to make there is not about her death but about the 95 years she lived, in a way that many described as graceful and full – an example to the rest of us. She was tall and stately, self-contained, fiercely independent, lived mostly on her own until the end, wore her clothes beautifully, turned heads as she entered rooms, knew how to deliver a witty line and loved being where the fun was … most of the time. But she also read more books than any of us put together and guarded her quiet time. She was such an interesting mix of exuberantly loving all of her people and being a part of what they were doing but also requiring time to herself.

Until a few years before she passed, she was always an active person. When she was young and growing up in Asheville, she spent days and days hiking mountain trails with uncles and cousins. Her mountains were her sacred place, and that’s where we will spread her ashes when her favorite season, fall, comes back around.

Over the decades until her late 80s, she was an avid walker. How many miles did she put in on Blue Ridge Road and on other roads and trails in Raleigh, where she lived for many years? She loved the freedom and health of being outside moving those long legs.

She worked for many years at Cotton, Inc. in Raleigh, where she made many friends who have lasted until now. She loved those years being involved with intelligent researchers doing good work in the world. In her younger years, she worked in radio and was one of the first women in South Georgia to have her own talk show where she interviewed local, regional and state people of interest.

As part of The Greatest Generation, she proudly served her country as a Navy Wave Yeoman First Class during WWII. She was proud that so many in her family were members of the Navy tradition.

But her greatest love was her family – both her blood family and the legions of friends who claimed her as their own. Her three kids – Mike Storie (wife Faye), Melissa Peller (husband Charles) and Beth Storie (husband Michael McOwen) – have friends who have always thought of her as another mom. The same is true with the friends of her nine grandkids (Josh, Jeremy, Joseph, Jacob, Hannah, Holden, Cameron, Marcy and Rick), most of whom called her Baba because she was so accepting and open with them. She was also Baba to eight great grandchildren (Kate, Scotty, Joseph, Jared, Jacob, Tiffany, Samantha, Mira, Mary Lou) plus two more who will be born in 2019 as well as two great great grandchildren (Lalani and Parker). Her brother, Ed Brandle, and his family were mainstays in her life, always there to support and celebrate life. And she had dear, long-term friends who met regularly to grab a bite or take beach trips together.

She was gracious and kind, a Southern lady with grit and stamina and honor. And we will all consider how we’re living our lives in ways that she would be proud. She taught us all how to age gracefully.

A private family service will be held.  Condolences may be made online at www.salemfh.

Home: Build it behind your eyes, carry it in your heart, safe among your own. So long, old gal.