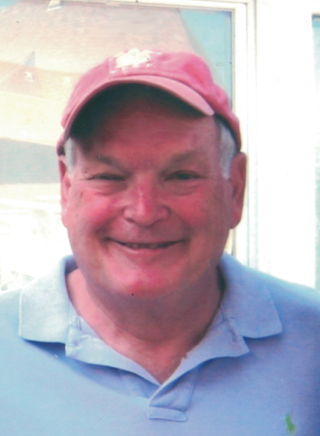 John was a graduate of Rock Hill High School Class of 1966 and a graduate of his beloved University of South Carolina – home of the Gamecocks. Eventually, John founded Hunter’s Appraisal Company and for over 40 years appraised property throughout the Outer Banks of North Carolina.

In his teen years, John obtained his Eagle Scout awards and became Assistant Scout Master for First APR Church in Rock Hill.  Throughout his life, Johnny never met a stranger. He was the life of the party and the party didn’t start until Hunter arrived.  John loved life, family and his circle of friends on the Outer Banks and all over the world.  Sailing, SC beach music, writing short stories and poems and a good cigar were some of John’s most enjoyable pursuits. Though he travelled to many places, the dearest to his heart were attending the World Cup in Australia, The World Series, the NCAA World Series in Omaha, and exploring the back roads of Ireland in search of our family origins.

John’s celebration of life will be held at Pamlico Jack’s Restaurant (6708 S. Croatan Highway Nags Head, NC) Thursday March 14, 2019 at 2 p.m. His family and friends will share many stories, laughter, tears, and joys of his memory and will give him a final toast. The family will host a reception in Rock Hill for family and friends there April 14, 2019 from 2 p.m. to 4 p.m. at the home of Jerry and Carol Ann Hunter 316 Quinby Way, Rock Hill, SC.

The family expresses the upmost gratitude to Dare County Hospice for John’s care. Memorial donations may be made to the Dare County SPCA at 1031 Driftwood Dr., Manteo, NC 27954 or to St. Anne’s Boy Scout Troop #277 at 1698 Bird St. Rock Hill, SC  29730. Condolences to the family may be expressed via the online register at www.gallopfuneralservices.com. Gallop Funeral Services, Inc. was entrusted with arrangements.