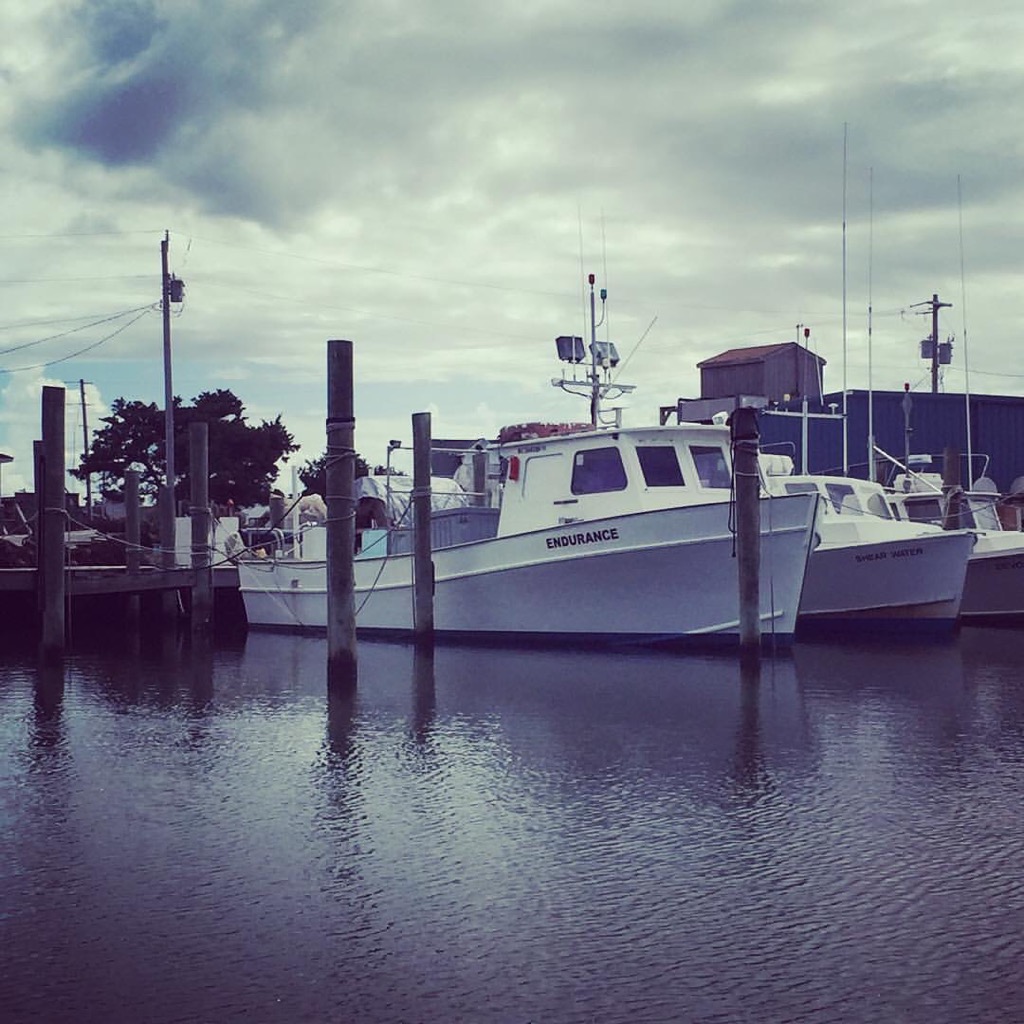 Everyone has an opinion, right? Opinions are like noses, we all have one. When I write both of my columns, I express my opinion about life as I see it based on what I’ve witnessed first-hand; what I’ve learned from reliable sources and what I’ve personally experienced along the road myself. Life teaches us…if we let it.

Almost everyone who knows the commercial fishing industry and what’s really involved in it would likely confer with what I share with you in Blended Waters. Wives, or girlfriends who try to keep the bills paid when the ocean’s as rough as a cobb or when the nor’easter blows relentlessly for days on end know that the daily forecast can make or break you so, when you’re the primary income producer in a family and you fish, you fish hard. You fish like you mean it otherwise, cut the engine and leave your keys on the washboard.

The summer before last during some blow days, a seasoned waterman was working inside the cabin of his boat when he noticed an unfamiliar car drive up to the dock and park. He didn’t recognize the vehicle nor the family who peeled out of it . . . no wonder, the Captain thought . . . they were tourists. The family approached the fisherman and the father explained how they came to be there. He said they had come to the Outer Banks from Virginia for the long weekend since the kids were out of school and they had been driving around Roanoke Island, ending up in Wanchese, which prompted him to explain commercial fishing to his children. He admitted his mobile “classroom” was lame because he knew very little about it himself. He added that he wanted his kids to understand how the fish, shrimp, crabs and oysters their Mama cooked at home had made its way onto their plates. So, he decided to look for a commercial boat and talk to somebody who was the expert or “real deal” on the subject.

As it turned out, the Captain learned quickly that the father, who had every good intention, really didn’t know much at all when it came to the industry but when noticing the interest, the kids had, he accepted the opportunity as a “teachable moment” and dropped his drill to talk.

The Captain was extremely busy and knew that if the wind died out that night and he could make it, he’d sail in the morning, but knowing too how much the general public don’t know or understand prompted him to engage in the conversation. At first the father bombarded the Captain with questions, like: how long was his boat? how many people worked on it at one time? what kind of species do they fish for? how far out do they have to go from shore to find the catch? On and on the questions fired rapidly . . . but the Captain, patiently answered every single one. Even when the kids interrupted often to ask what some of the equipment, they could see on the boat was used for, the Captain answered them.

When you fish, time is money. Everything you do that postpones you from completing your task or detains your readiness to sail is frustrating, but this was important. This time to spend explaining to someone eager to learn was important. So, after the father and kids asked a gazillion questions and the Captain graciously answered them, he took his chance and seized the moment.

The Captain told the family of four about his love of the water. He explained that as a little boy he knew he wanted to follow in the footsteps of his grandfather whom he idolized. He explained that his ‘Pop’ had funny ways but that his love of the water and fishing for a living had inspired him. He talked about the smaller boats that crab for a living, haul shrimp nets and oyster fish. He talked about long haul vs drop netting and he talked about the beauty of the sea and the bountiful treasures of the deep. He described what it was like to rise early morning, grab his cup of coffee and head to the boat with a quest to catch the fish he was “allowed” to catch. He said each trip was accompanied by prayer that the good Lord would bless them with a safe trip out and return to the dock for his boat and crew. He explained how beautiful it was to look out at the horizon when the sun first winks at you heading east and how the orange fireball sunsets are God’s paintbrush.

When the older son asked what the Captain meant by what fish he was “allowed” to catch, he explained the oversite, the scrutiny and restrictions placed on the watermen families up and down the coast. He told the father that sometimes their trips were good, and it gave them a chance to catch up and even pay some bills ahead not knowing how long it would be before another good check would roll in.

The father seemed perplexed about the “restrictions” and “regulations” and why there were so many. The Captain explained about the process watermen go through to bring fish or shrimp to the dock and the father said he had no earthly idea. He said that as a business man himself, he couldn’t believe how unfair especially the quotas seemed to be in the commercial fishing industry. He added that he was a contractor and that he understood rules but noted that if the builders were as scrutinized limited in the scope of their work to the same degree, he would likely choose to leave his profession. Most importantly, he was shocked . . . he had had no earthly idea what it took just to bring those nice fresh fish to “Mama’s” frying pan. After almost two hours of this lesson for his kids, the father realized how much better his understanding was now and how much his new-found appreciation and respect for the commercial fishing industry had changed that day.

The father acknowledged there were many fishermen in Virginia, but that he had never taken the time to learn directly from them what he had learned on this trip to the Outer Banks. He profusely thanked the Captain and shook his hand. Within a matter of two hours, his whole perspective about serious, hard fishing had changed. His eyes were opened . . . wide. He had vowed to the Captain that when he returned home, he would talk this new knowledge he had come to acquire to others he knew, hoping they too would “get it.”

As the family from Virginia drove away, and the sun began to set, the Captain still a little upset his plan for the day had been foiled, he was thankful for the visitor’s interest and for his chance to talk with them and to tell the truth.

What do we learn from this true story? That too many people are yet to understand the unnecessary, unjustified hardships placed on the fishing industry. That some species are so outnumbering other species they are threatening their existence far beyond the fisherman’s catch.

The Captain was busy that day yes, but it mattered to him that a family wanted to learn about what he did and how he did it. They learned about the industry; grasped the danger of the business; the expense to own, operate and maintain a commercial boat and they learned about what staying the course, heritage, family tradition and pride in a man’s work meant to the Captain. Sitting on the dock perched atop short pilings, the family asked tons of questions but mostly, they listened and that is what made the difference!

My point is this true story? Take the time yourselves to learn more about what our watermen are dealing with. Next time Blended Waters will address something rarely talked about when it comes to fishing. Write to me if you will, hookedonwatermen@gmail.com. In the meantime, take care and God bless.

Blended Waters: A candid can of worms