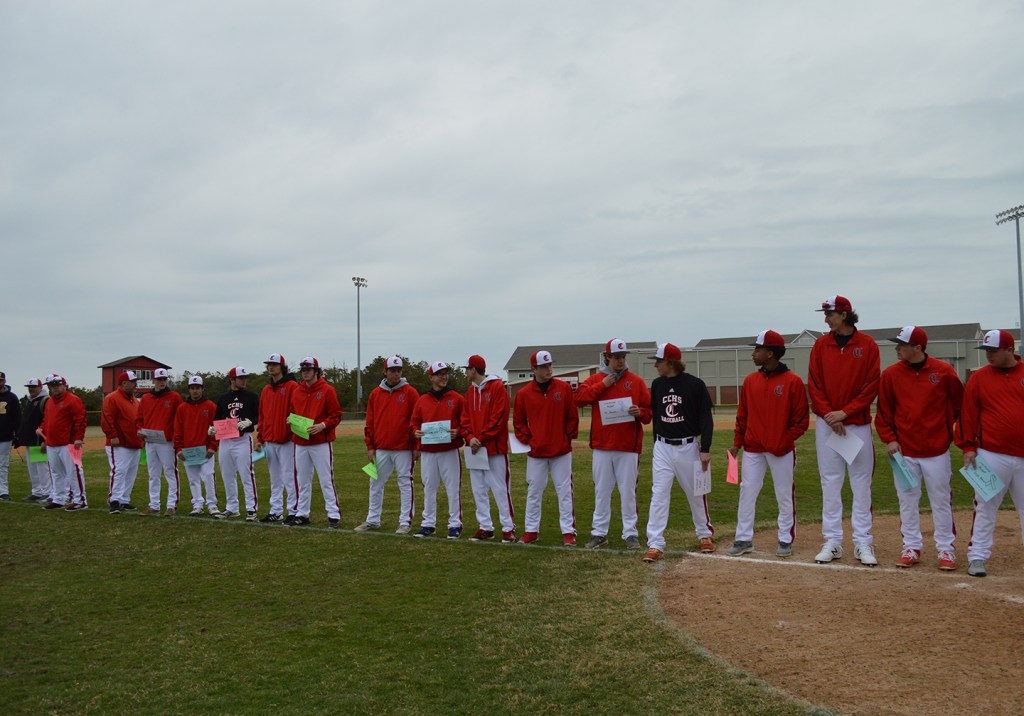 The Knights won a 1-0 thriller against the Bear Grass Charter School Bears.

Cape Hatteras baseball coach and tournament organizer Keith Durham wrote “I will venture to say that there was not a better high school or college baseball game played in the state of North Carolina this weekend.” 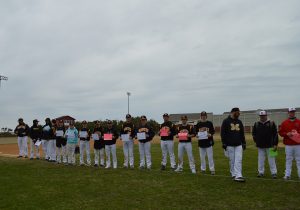 At the Sandlot Tournament, baseball players for Manteo High School hold cards with names of loved ones who have fought or who are fighting cancer. Manteo defeated Cape Hatteras 18-3 in the consolation game. Mary Helen Goodloe-Murphy photo

On Friday, March 8, Bear Grass defeated Cape Hatteras 18-1 while Currituck won over Manteo 5-2. In the consolation game at noon on Saturday, Manteo chalked up an 18-3 win over Cape Hatteras. 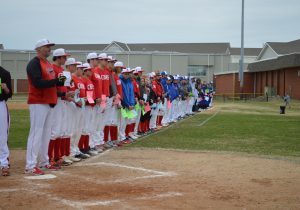 A highlight of this tournament is cancer awareness. Between Saturday’s games, members of six teams stood along the first and third baselines holding multi-colored signs with names of loved ones who have fought or are fighting cancer.

Tournament announcer Matt Chilton intoned: “Today, we stand together to remember those that have fought this battle in the past, to honor those that are fighting right now, and to vow to never let anyone have to fight this battle alone. We also stand for the hope that a cure will be found and one day families will not have to hear the word ‘cancer’.”

The Hatteras Island Cancer Foundation assisted with the awareness event.

The canned food drive resulted in 350 non-perishable items delivered to the Hatteras Island Food Pantry at the Buxton United Methodist Church. The tournament team entry fee is contributions for the food pantry.

At the end of the Championship Game, an awards ceremony was held.