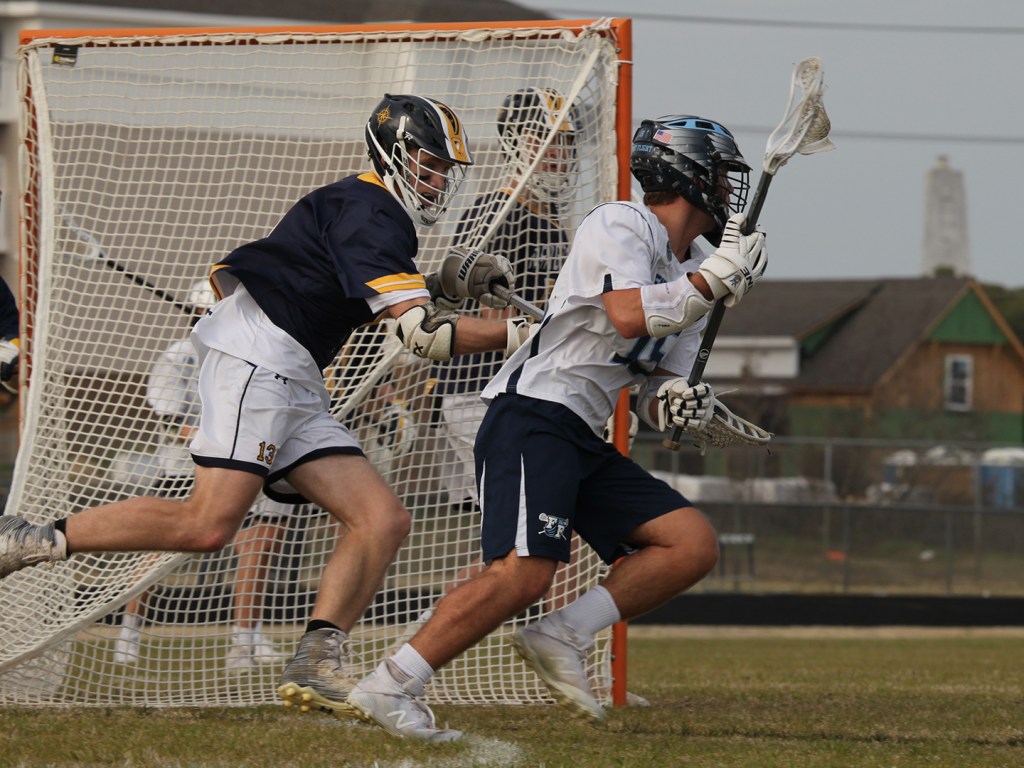 After splitting a handful matches against private Hampton Roads squads, First Flight men’s lacrosse team will head south for their first long trip of the year this Friday and suit up against a brand new conference foe, Swansboro.

They’ve attempted to build up their skills against these Virginia teams, whose style of play is different than what they see in Conference 2 action and were 2-2 heading into Tuesday’s scheduled match at Norfolk Collegiate.

Coach John Van Lunen has been at the helm of the program since in its inception 10 years ago. He also brought organized lacrosse to the Outer Banks before that in the form of the OBX LAX Club youth program. 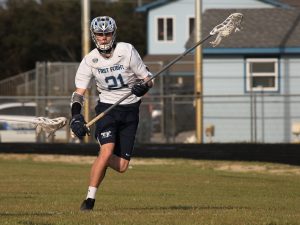 Over the years, he’s worked to change the culture of his teams, teaching them right from wrong both on the field and off. This year, the coach has been pleasantly surprised by a few leaders maturing into mentors for this young team.

“Our leadership is really strong,” he said, “ownership and overtime. The guys are teaching each other and they’re staying after practice shooting a lot.”

Leading the charge is senior Parker Sylvia. He’s moved from attack to midfield, but it hasn’t slowed him down one bit. In fact, he may be even better, Van Lunen said.

Also playing midfield is junior Zac Blankenship, who specializes in face-offs. In fact, he was named to the second team all-state and second team all-region following last season. His role is known as FOGO, “face off, get off” the field. 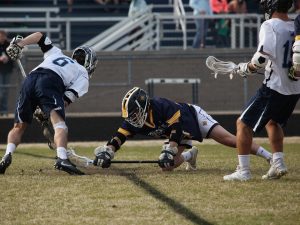 Zac Blankenship, left, wins yet another face-off for the Nighthawks. He continues to improve in this specialized position on First Flight’s lacrosse team. Daryl Law photo

In his case, however, he’s needed back out there on midfield immediately, so he typically switches sticks and gets back out on the fly. Additional offensive players to watch are returning starter Chase Piotti and junior transfer Jack Claggett. 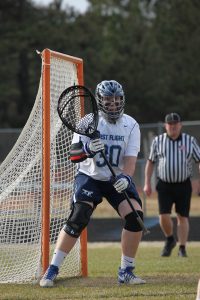 As for playing the private prep schools, coach Van Lunen said these schools know how to keep it clean and play disciplined, finesse lacrosse so it helps First Flight get better all around.

“We need to build up skills,” he said. “We need to be challenged for when we play the New Berns and [J.H.] Roses.”

In past seasons, the coach and the Nighthawks have had to engage in some knock-down, drag-out matches in conference as each of the teams, including First Flight, strived to play better lacrosse in general. They finished with a record of 11-6 last year.

In past seasons, First Flight has played every team twice but this year, they moved to once each so that made room for the Virginia teams, which are much closer than conference matches in Jacksonville, Croatan and West Carteret.

Van Lunen admits they’re pretty good nine or ten deep, but after that the skill levels drop off quick. He’s happy that so many of his guys play travel ball and attend camps in the off season.

Another huge factor has to do with the successful First Flight Middle School club program headed up by coach Jordan Lane. The former Nighthawks player gets these kids jazzed up big time and they’ve been winning too.

“The middle school is ramping up,” Van Lunen said. “Jordan’s got thirty-one kids!”