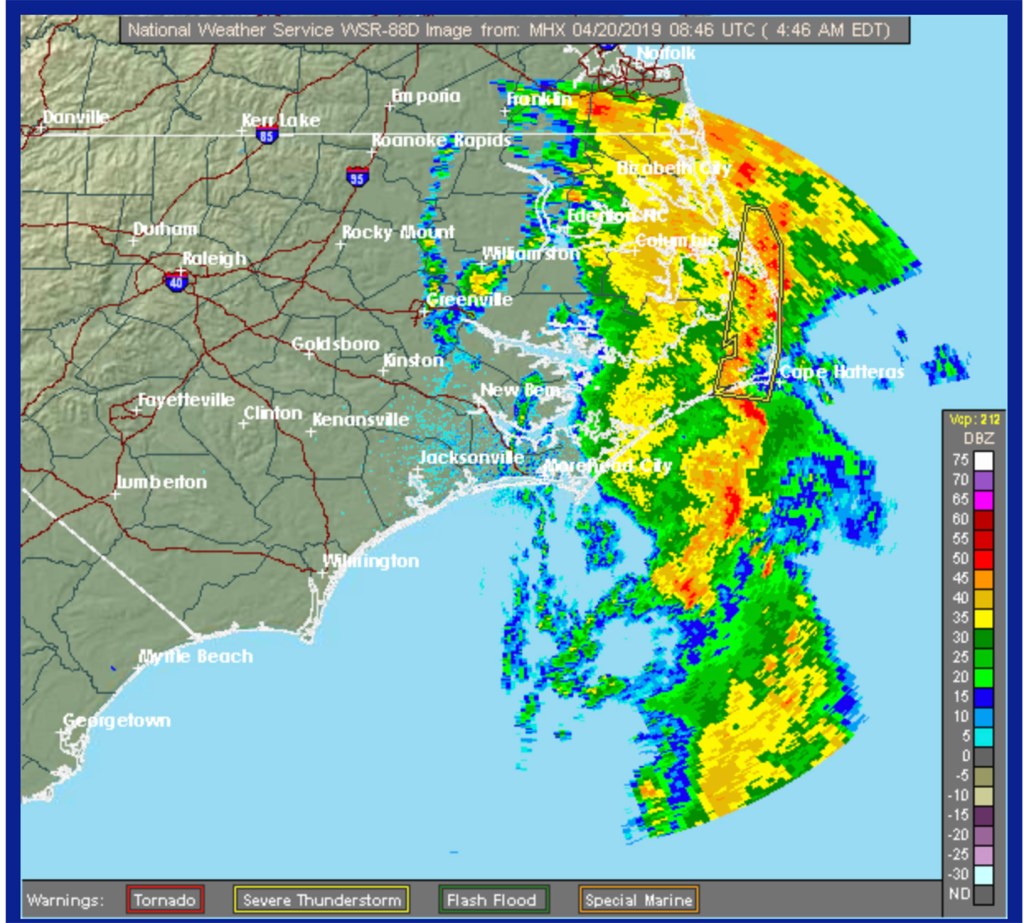 A Severe Thunderstorm Warning has been issued by the National Weather Service Newport/Morehead City at 4:34 a.m., Saturday, April 20 for eastern Dare County until 5:30 a.m.

At 4:34 a.m., a severe thunderstorm was located over Frisco and is moving north at 55 miles per hour. This thunderstorm was indicated on a radar and hazards include 60 mile per hour wind gusts. The warning stated impacts could include damage to roofs, siding and trees.

The statement said “for your protection move to an interior room on the lowest floor of a building.”

Report hail and/or wind damage, including trees or large limbs downed, by calling the National Weather Service office in Newport at 1-800-889-6889.

Torrential rainfall is occurring with this storm, and may lead to flash flooding. Do not drive your vehicle through flooded roadways.