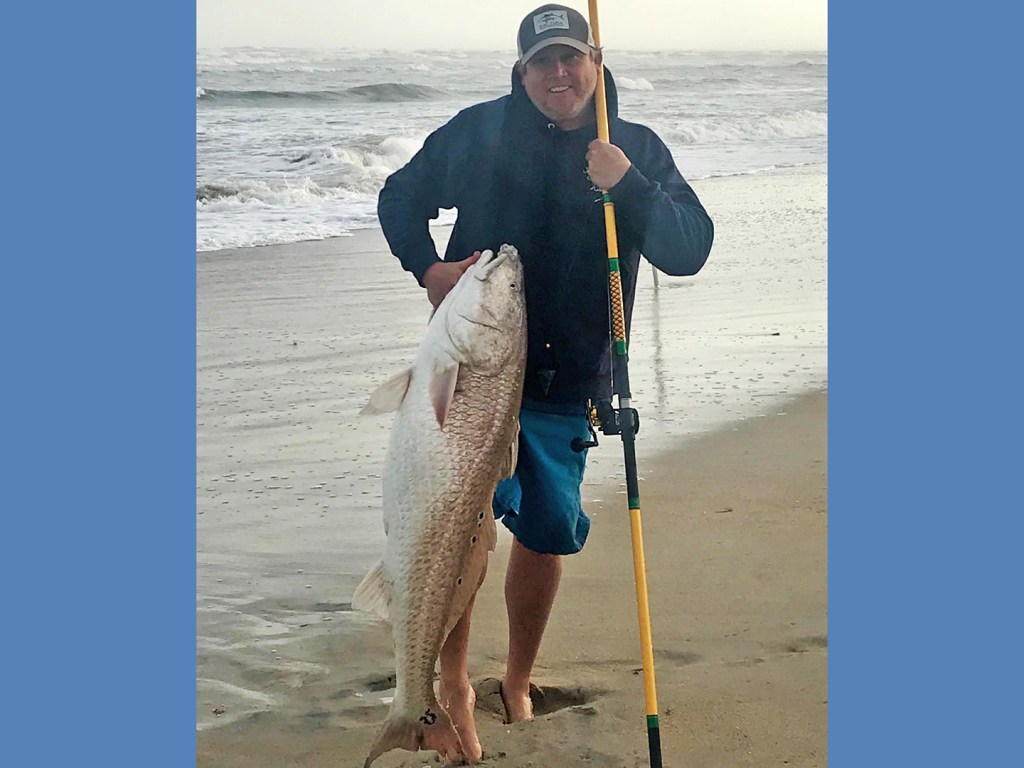 Spring fishing along the Outer Banks has heated up during the past week or so and anglers are catching a fair variety of species including bluefish, puffers, sea mullet and red drum of all sizes. A highlight of the week was landed on Hatteras Island.

His fishing companion, wife and “public relations specialist” April Carden Walke posted an action-packed video online of Nick landing the big red in the surf on a wide-open beach on Hatteras Island.

He carefully worked the fish into the beach using the waves and swash to get it up to his feet. He then reached down and picked it up by the gill plate. April also posted a stellar photo of a huge red drum.

According to Nick, they had the place all to themselves when the big bite came. Judging from the photo, the fish was 40 some inches long. When asked about the catch, Nick was modest and just said he was happy to get one.

Up on the northern beaches in South Nags Head, Gary Oliver’s Outer Banks Pier and Fish Heads Bar and Grill reopened for the season. On Tuesday morning, they were reporting a few “blow toads” and one “awesome-looking” speckled trout that got away.

Two miles north at Jennette’s Pier in Nags Head, Tuesday morning anglers were catching blues, puffers and shad. The water temperature was 60 degrees on in the surf zone and 58 on the end of the 1,000-foot long concrete pier.

Cody Clark of Lexington caught a 5-pound, 22-inch albacore while jigging with a Got Cha plug early in the day. The water was green with nice waves breaking. 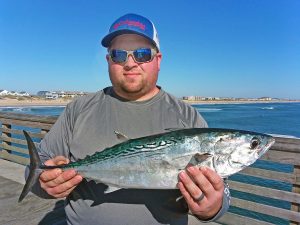 Earlier this month, Donnie Cummings of Kill Devil Hills caught and released a “big blue” while jigging on the south side of the pier yesterday afternoon. At the time, it was the first reported blue fish of the season on the pier.

An image of Cummings with his fish garnered some attention on the pier’s Facebook page. John Gooderham attempted to clarify the difference between small, medium, large and giant blues.

“Perhaps these are outdated terms in the ‘Whalebone Zone’ but those were pretty accurate for the old creaky Jennette’s,” he said.

According to spokesman at Jennette’s Pier, they will try to be more accurate in their reporting and perhaps use the chart in future posts. 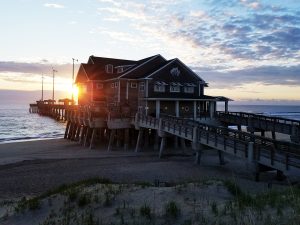 Elizabeth City USCG helicopter crew among those searching for…