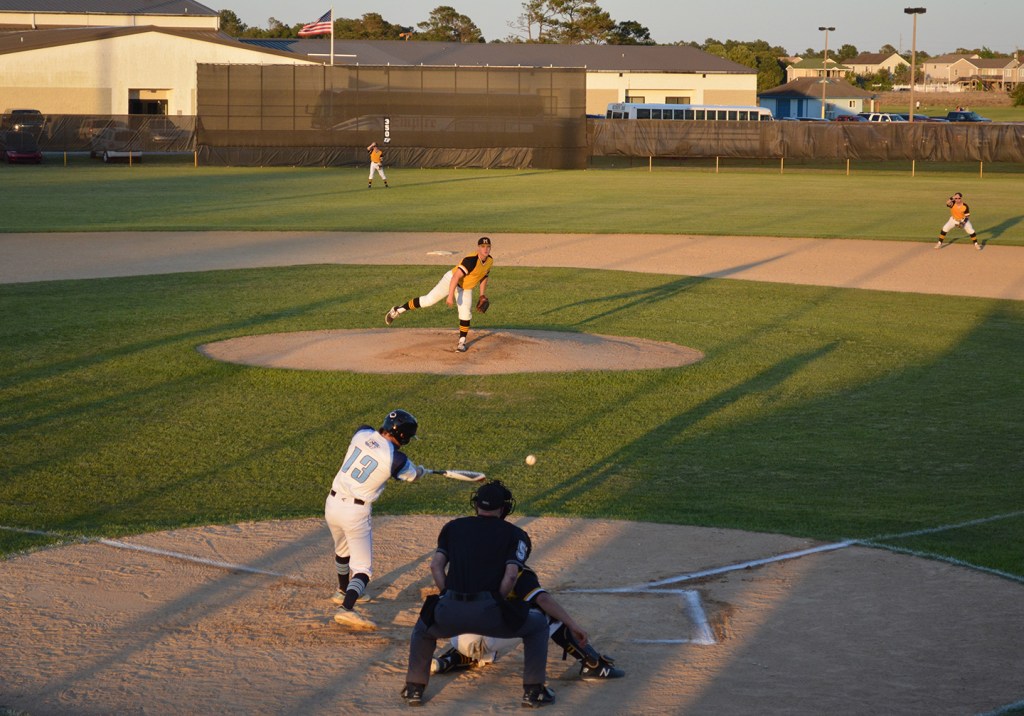 First Flight heads into an important week with two Northeastern Coastal Conference games against Currituck. Both teams are 8-0 in league play. First Flight’s overall record is 14-5.

Currituck, perched at 16 and 4 overall, hosts the first meeting on Tuesday, April 30; First Flight welcomes the Knights on Thursday, May 2. Each game is set for 7 p.m. 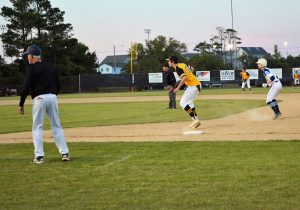 Manteo improved to .500 mark with eight wins and eight losses overall with the victory over the ‘Hawks. They were scheduled to host Salamanca on Friday night, a team visiting from New York. First Flight beat Salamanca 11-0 last Wednesday.

After that, Manteo hosts Camden for the first round of the Albemarle Athletic Conference tournament on Monday, April 29 at 6 p.m.

Redskins coach Alfie Wheeler said his guys have worked hard this season and have fought through some adversity.

“We have had numerous injuries that have prohibited us from maintaining a consistent line up,” he said. “We are hopeful that by playoff time we can be fully healthy, something that we have not had since the very beginning of the season.” 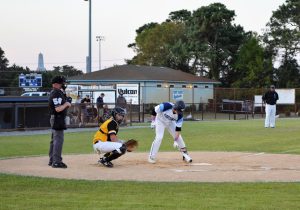 After the loss Tuesday, Wheeler told the guys their problem that night was pretty simple.

“When you give up eight free passes (walks and hit by pitch) and commit six errors, you are not going to beat anyone on your schedule,” he said. “That goes for any team at any level.

“Our conference tournament starts next week followed by playoffs,” Wheeler said. “We need to find a way to perform at a higher level if we want to keep playing baseball in 2019.”