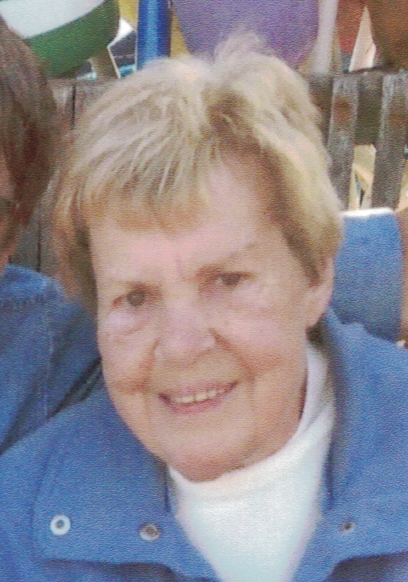 Doris Jean McAdam, 82 of Kill Devil Hills, NC passed away peacefully and surrounded by friends Tuesday April 23, 2019. She was born and raised in Pittsburgh, Pa. where she lived the majority of her life. Her parents Frank and Lida McAdam preceded her in death as did her sister, Laura DeLanzo and her brother, Elmer McAdam.

From the Blawnox neighborhood near Pittsburgh, Doris graduated from White Deer High School. She went on to earn her nursing credentials at the Shady Side School of Nursing. Along the way, Doris enlisted in the United States Air Force and rose to the rank of Lieutenant at Elgin Air Force Base in Florida. She spent 40 years as the head psychiatric nurse in the schizophrenia unit at Pittsburgh Veterans Hospital. For fun, Doris enjoyed bowling and playing bridge with her women friends.

Later on, it took her two major loves – the ocean and Sandy, to bring Doris to the Outer Banks. Locally Doris joined the Unitarian Universalist Congregation of Kitty Hawk where she served actively. She was also a faithful player with the Sand Trap Restaurant Bridge Club of Kitty Hawk. Doris was an enthusiastic sports fan and rooted especially hard for the Pittsburgh Steelers. Doris was a “meat-and-potatoes” kind of girl who loved chocolate.

A service of remembrance will be held Friday May 10, 2019 at 4 p.m. at the Unitarian Universalist Congregation in Kitty Hawk. Reverend David Morris will officiate.

Sandy extends her special thanks to the Dare County Hospice care team, especially Nurse Sandy, and to Doris’ caregivers including Merry, Carol and Kathy Blades whose compassionate support and gentle attention were unequaled. She is also deeply grateful to the UU Congregation for the loving support shown to the family during Doris’ illness. Thank you!