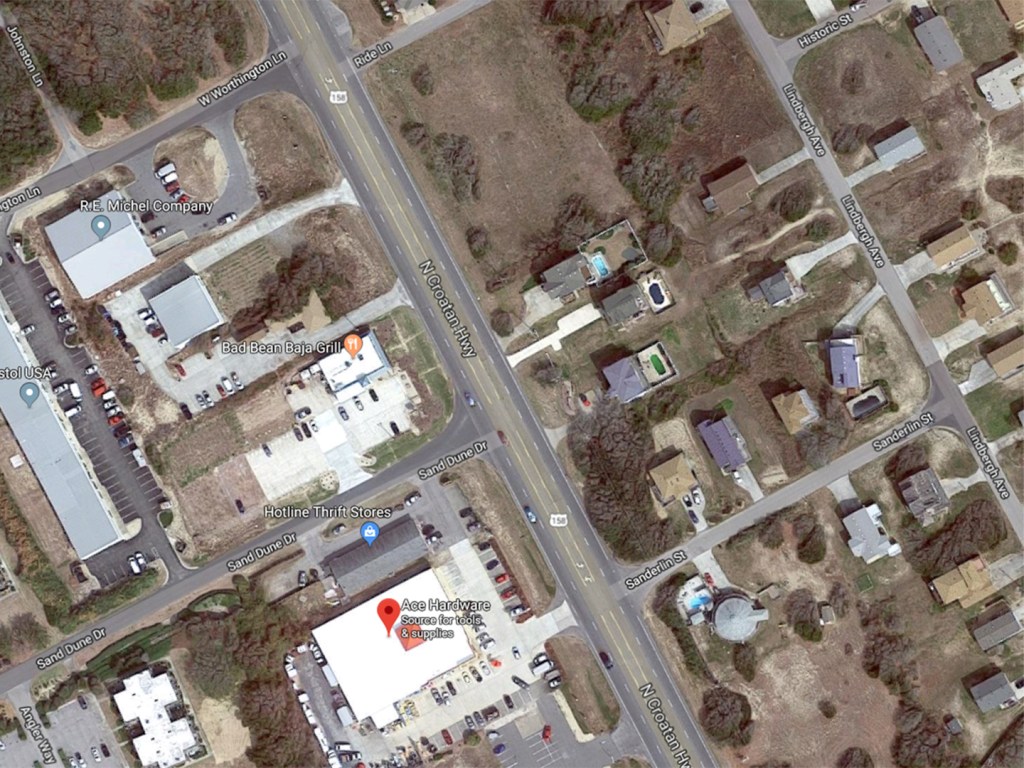 The milepost 3.5 area of US 158 in Kitty Hawk. Google Maps image

An incident involving a pedestrian and two vehicles in Kitty Hawk sent a man to the hospital Friday night.

According to Kitty Hawk Police Chief Joel Johnson, witnesses stated that a man was observed running in the roadway from the east side of US 158 towards the west side. The male ran into the left rear side of a red Chevrolet pickup truck and then fell to the ground and was then run over by a gray Toyota car. This occurred around milepost 3.5 just north of Ace Hardware.

“The male was unconscious, but did have a pulse and was breathing,” stated Johnson. “The male was transported to Norfolk General by Dare MedFlight.”

As of Sunday, KHPD was unsure of the man’s condition.