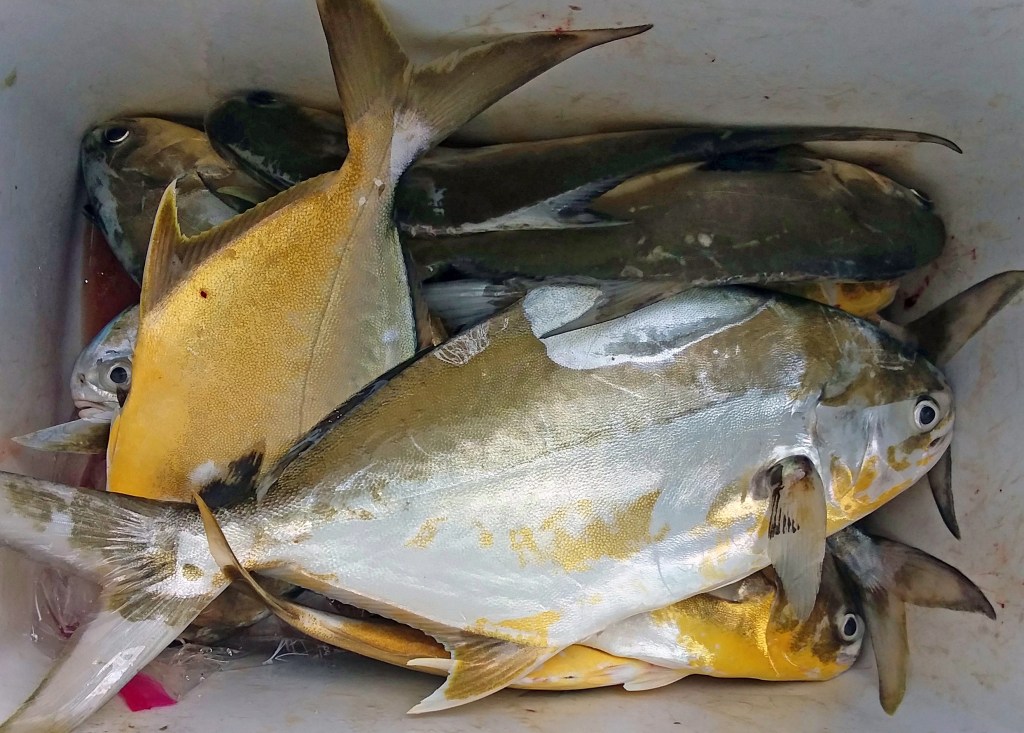 Fishing out of Oregon Inlet remains steady and ocean piers in Nags Head were reporting a wide variety of catches.

Boats sailing from the Oregon Inlet Fishing Center also caught plenty of dolphin recently, according to booking agent Ayra Lynn. Several citation-sized big eyes have been brought back to the dock. 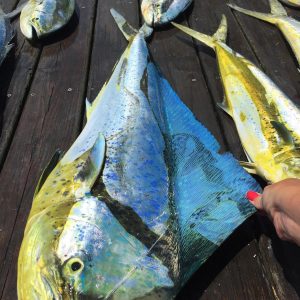 When dolphin fish are first caught, they have a wide variety of brilliant colors including blue, yellow and green. Courtesy Oregon Inlet Fishing Center

“Anything over one hundred pounds [is a citation], we’re pretty proud of that!” she said. “We’re pretty busy with most of the boats going out.”

Lynn also mentioned the sharks have been wreaking havoc on tuna catches and sometimes the guys are reeling only the heads. “You have to be real quick.”

They’ve also been hooking black and yellowfin tuna along with the big eyes, she said. 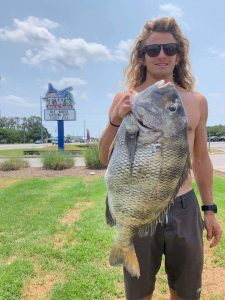 In general, anglers have also been catching bluefish, sea mullet, a few keeper flounder and a few sea mullet, “not too many but some nice ones,” he said.

Ron Robbins of Manteo had a nice catch of decent-sized pompano in his cooler by mid-morning. He fishes there nearly every day and likes to cook up his catches.

Jennette’s Pier is hosting its 9th Annual Family Fishing Tournament this Saturday, June 8 from 7 a.m. to 1 p.m. with lines in the water from 8 a.m. to noon. 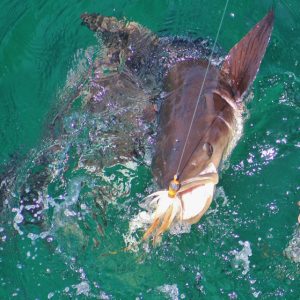 Featured fish of the week – cobia

Cobia eat mostly shrimp and crab, but will also eat squid and smaller fish. The larger ones often prey on young cobia, but the ones that survive can live to 12 years old.

Cobia mostly swim alone but will sometimes form small groups. They can grow up to 6 feet long and weigh 100 pounds.

The fish are sometimes confused with sharks because of their similar appearance. In the winter, they migrate to warmer water and in general, they are commonly found near structures such as reefs, piers or buoys.