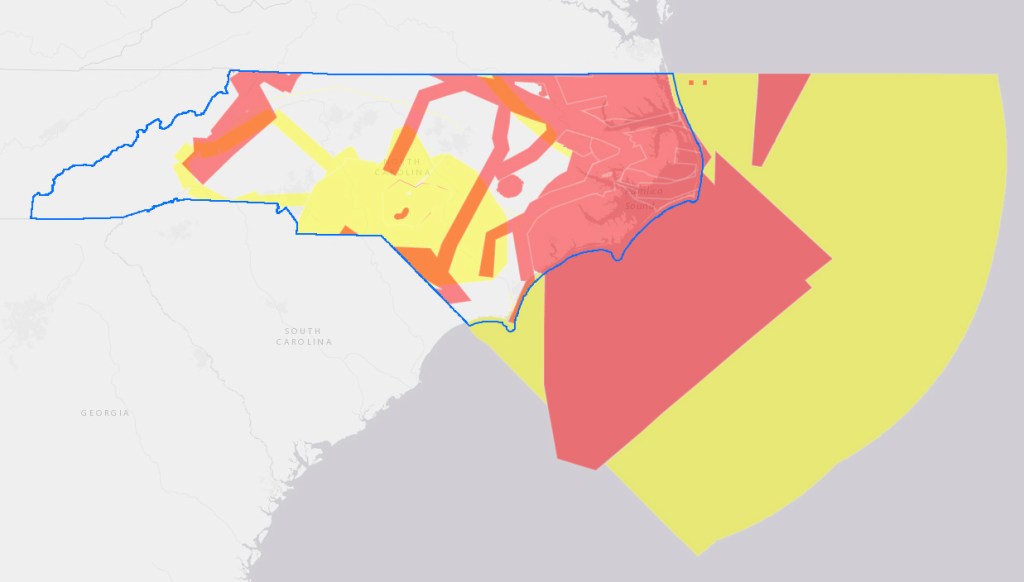 The Tyrrell County Board of Commissioners recently voiced unanimous opposition to a bill in the state Senate that would prohibit construction or expansion of wind farms in certain parts of North Carolina.

The affected territory would include all northeastern counties as far inland as Northampton, Halifax, Martin and Beaufort, except for the Outer Banks portion of Currituck.

In discussion, it was pointed out to the commissioners that a windmill farm proposed for Tyrrell County six years ago would have produced about $300,000 a year in property tax revenue, an increase of approximately 10% over the total anticipated from all other properties.

“WHEREAS, Tyrrell County has the smallest tax base of any North Carolina county due primarily to the large percentage of the county’s land area being owned by tax exempt state and federal government entities; and,

“WHEREAS, Tyrrell County actively seeks economic development opportunities that are consistent with its extensive agricultural, forestry, aquacultural, hunting, marine and eco-tourism concerns[; and,]

“WHEREAS, interest has been shown by providers of wind power to locate windmills in Tyrrell County and the location of such windmills as proposed would directly and positively affect the finances of the county as well as encourage employment and the growth of support businesses: and,

“WHEREAS, there is competent research to conclude that the presence of windmills in Tyrrell County is safe and will not negatively impact any operations of the U. S. Department of Defense: and,

“WHEREAS, Senate Bill 377 will prevent windmills from being located in Tyrrell County:

“THEREFORE, BE IT RESOLVED that the Tyrrell County Board of Commissioners opposes the passage of Senate Bill 377.”

The bill would add section 143-215.116A to the General Statutes: “Construction, operation, or expansion activities associated with a wind energy facility shall be prohibited in any location included in the area designated in red as “Significant” on the map entitled “Vertical Obstruction Impact on the NC Military Mission,” as the impacts of vertical obstructions in this area have been determined to be significantly high, with a high risk for degrading safety and the military’s ability to perform aviation training. The Department of Commerce and the Department of Environmental Quality shall make the map available on their Web sites for public access.”

SB 377 was re-referred to the Committee On Rules and Operations of the Senate on May 2 and reported out favorably the same day.