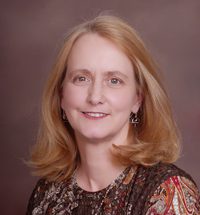 Colington Harbour – Dr. Janet Irene Riddick, 59, of Colington Harbour, passed away peacefully Thursday, June 13, 2019, in the comfort of her home with her beloved sons by her side. Born in Pasquotank County on May 5, 1960, she was the bashful, intelligent, and loving daughter of the late Archie Calvin and Myra Elizabeth Layden Riddick. A mother of two, who sacrificed so much. Crafty, humorous, and having two green thumbs she enjoyed nothing more than a fresh cup of coffee amidst the surroundings of her beautiful gardens. A Perquimans County native, she attended Perquimans County High School where she served as President of both the Beta and Biology Clubs, was a Junior Marshal, Yearbook Editor-in-Chief, and went on to graduate Valedictorian of the Class of 1978. Following high school she attended North Carolina State University where she graduated Magna Cum Laude in 1982 with a Bachelor of Science in Biology. She continued her education at the Pennsylvania College of Optometry where she earned the Faculty Clinical Excellence Citation for her work with the Special Olympics to serve the blind. She then went on to graduate third in her class in 1986 with a Doctorate of Optometry.

As a licensed Optometrist, she practiced on the Outer Banks for 33 years. Other community involvement and service included having served on the Dare County Board of Health & Human Services for 15 years, the N.C. Board of Optometry, and she enjoyed membership in both the N.C. Optometric Society and the American Optometric Association. She grew up in the fellowship of Up River Friends Meeting, and more recently attended Kitty Hawk United Methodist Church.

In addition to her parents, she was preceded in death by her husband, Patrick Joseph O’Neal, and by a sister, Nancy Shannon.

A service to celebrate her life will be held Saturday, June 29 at 2 p.m. in Kitty Hawk United Methodist Church, 803 W. Kitty Hawk Road, Kitty Hawk, NC, and will be conducted by the Reverend Teresa Holloway.  Friends may join the family for a time of visitation in the church fellowship hall immediately following the service.  A private graveside service will be held at an earlier date in the Riddick Family Cemetery.

Memorial contributions may be made in honor of Janet to Angels Among Us, tischbraintumorcenter.duke.edu/angels-among-us.

Miller & Van Essendelft, Funeral and Cremation Providers, 1125 Harvey Point Road, Hertford, is assisting the family with arrangements, and online condolences may be made by visiting www.millerfhc.com.