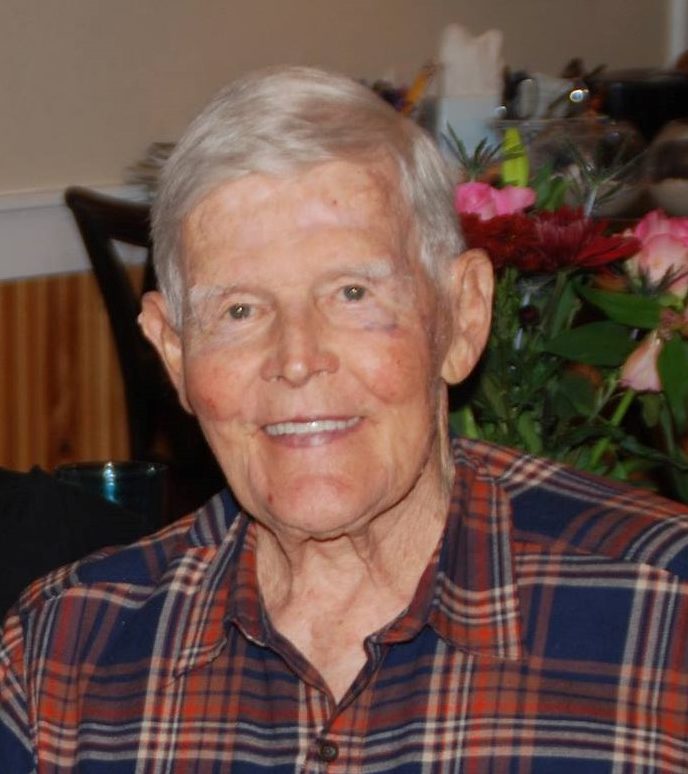 Richard Matthew Welch Sr., 90, surrounded by family, moved peacefully out of this realm on June 22, 2019. He was born on November 1, 1928 to the late Matthew Aloysius Welch and Florence Marie Underwood. He was pre-deceased by his sister Mary Garrison, brother Robert, son-in-law Bruce Andrews and grandson Brucie Bartley.

Richard was lovingly referred to as Sonny and Dick. He grew up in Washington, DC, graduating from Gonzaga College High School where he played football. He was a member of the Washington Crew Club where he left the crew team training for the Olympics for service in the US Army Corp of Engineers in Korea.

Upon returning from Korea, Richard joined his father to make Matthew A. Welch & Sons, Plumbing & Heating, a growing, successful business. He addressed his alcohol addiction in his early 40s through Alcoholics Anonymous. He founded Stepping Stones, a residential treatment program for alcoholics in Washington, DC and spent countless hours working at S.O.M.E. (So Others May Eat). In 1978, he and the family moved to Washington, North Carolina, where he founded Hard Nut Construction Company with his children. Taking his experience and knowledge to North Carolina he worked at Pitt County Memorial Hospital as an alcohol addiction counselor. He also lectured at East Carolina University School of Medicine on alcohol addiction. Through his work and social commitments, he touched and impacted many lives. He retired to Manteo, North Carolina. In his retired years, he did not slow down. He became an involved part of his Manteo community. He was active in the paddlers club and advocated for several civic improvements around the area.

A warm and loving father, brother, uncle, grandfather and great grandfather, he could be counted on for sage advice, a quick wit, an appreciation for all the good things and that all good things in life are free and a general good time. He told jokes and stories with an Irish brogue. He took many kids on many adventures, including camping, sight-seeing, sledding, star-gazing, body surfing and cruising through Rock Creek Park crammed into a VW bug, Camp Granddad and much more.

A celebration of life will be scheduled for Friday, November 29. In lieu of flowers, contributions may be made to Doctors Without Borders, www.doctorswithoutborders.org, Public Radio or TV, or S.O.M.E., www.some.org.