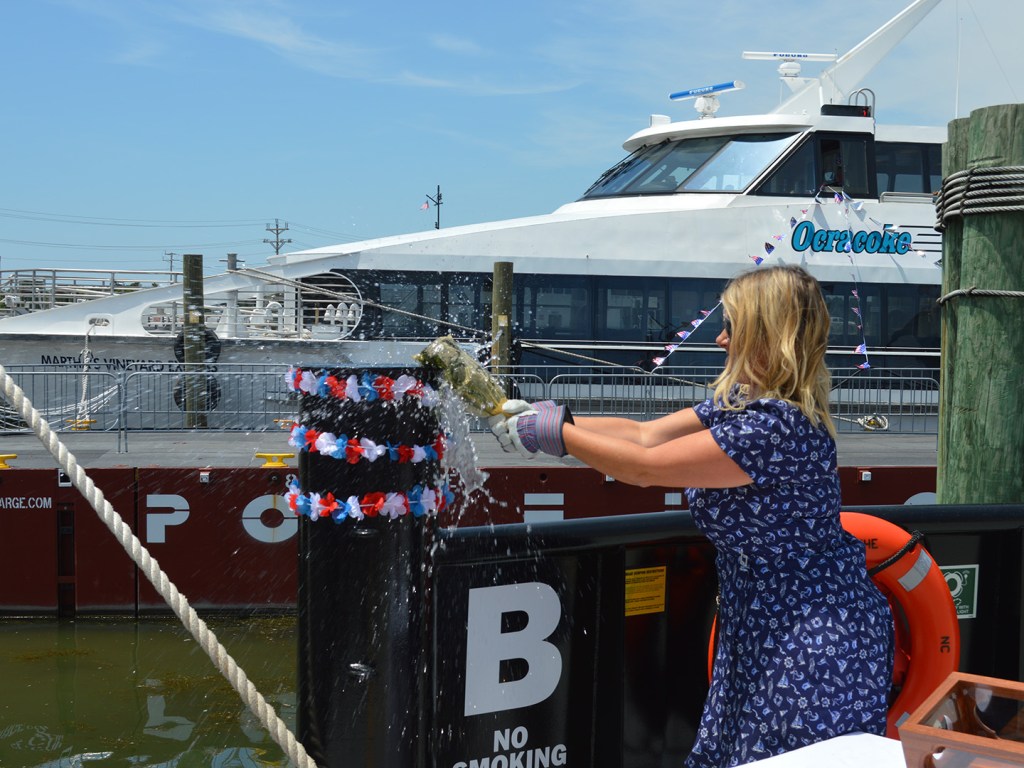 The river-class Rodanthe is the first new vehicular ferry for the North Carolina system since 2006.

Starting mid-July, the Rodanthe will ply the waters from Hatteras village to Ocracoke’s ferry terminal across Hatteras Inlet. The vessel is so new plastic covers the first-floor passenger seats. Bathrooms are accessible from inside the first floor passenger lounge.

The ferry, with a hull designed to reduce oversplash, has room for 40 single-space vehicles.

The new ferry replaces the M/V Thomas A. Baum, which will remain in service.

Ferries on the North Carolina system sport the colors of colleges and universities in the state. The Rodanthe wears North Carolina State University red with the Wolfpack’s “Tuffy” logo.

The new ferry also wears the logo of the Outer Banks National Scenic Byway. The ferry routes between Hatteras and Ocracoke and Ocracoke and Cedar Island are an integral part of the nationally-designated byway, one of only 150 in the United States. 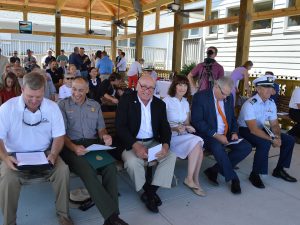 Before his invocation, U.S. Coast Guard Hatteras Island Auxiliary chaplain Billy Rutledge reminded the crowd of the men and women who have painful knees and hurt backs from standing on metal decking and of captains who spend massive hours for licenses and navigation skills, for those in engine rooms and on decks.

The inaugural season of the Ocracoke Express was also celebrated.

In 38 days of operations, 10,920 passengers have experienced the marvelous ferry and explored Ocracoke in a new way aboard Hyde County trams.

Reservations are now available through Sept. 5 on ncferry.org or by calling 1-800-BY FERRY.