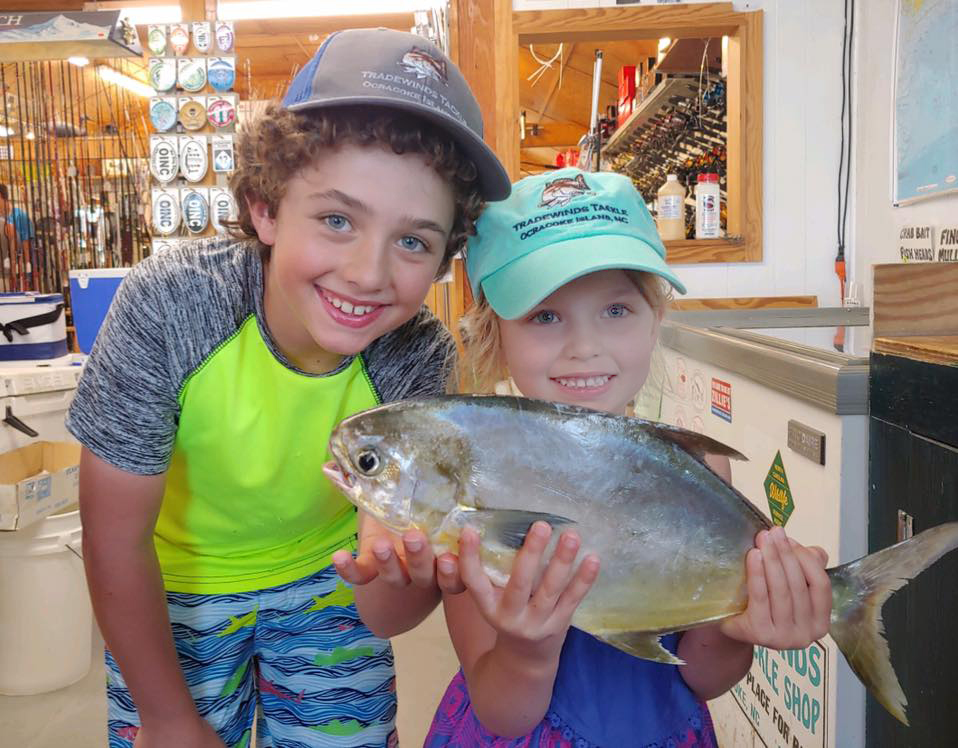 There’s been a lot of talk about sharks lately and people should know that there are sharks swimming along the beaches from Carova to Ocracoke Inlet and beyond every day of the year.

“They did lose a king mackerel yesterday,” Robinson added. “And they lost a big cobia last night.”

“Blacktips, too – there’s been quite few of them released,” she said. “The ocean is 72 but it’s been up and down.”

Down at Avon Pier, Keith Matthews said a big 50-pound king mackerel and two cobias were caught Monday. One weighed 48 pounds and the other 42 pounds.

“Spanish mackerels are biting in the afternoons; Spanish and blues are main thing last few days,” he said. “There’s also sea mullet in the surf for people who know what they’re doing, using sand fleas.”

Matthews mentioned he’d seen a couple sharks, too, but it was another large sea animal that really caught his eye and he’s worked there for 28 years.

“I saw some of the biggest manta rays I’ve ever seen,” Matthews said. “They were eight-feet across.

“They couldn’t swim through the pier (pilings),” he continued. “They went around the end of the pier.”

“They were unreal – at least five hundred pounds,” Matthews said. “A lot of people thought they were sharks.”

He said people who had spotted them from the beach followed them for a while. Sometimes, when the tips of rays’ wings break the surface, it looks like a shark’s dorsal fin. 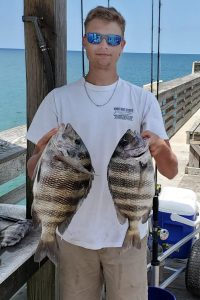 Michael Seckora caught these two sheepshead at Jennette’s Pier in Nags Head. Sheepshead fishing has been strong this past week. Courtesy photo

Saving perhaps the best fishing report for last, Ken Debarth of Tradewinds Bait and Tackle happily reported that folks were catching a lot of big pompanos!

“On the sound, pompano on the shoals, along with flounder, croaker, spot, gray and speckled trout so we’ve been having a season so far!” Debarth said.

“There’s been outrageous pompano fishing this year,” he added. “Two pounders at 15 to 17 inches long!” 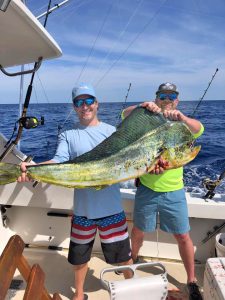