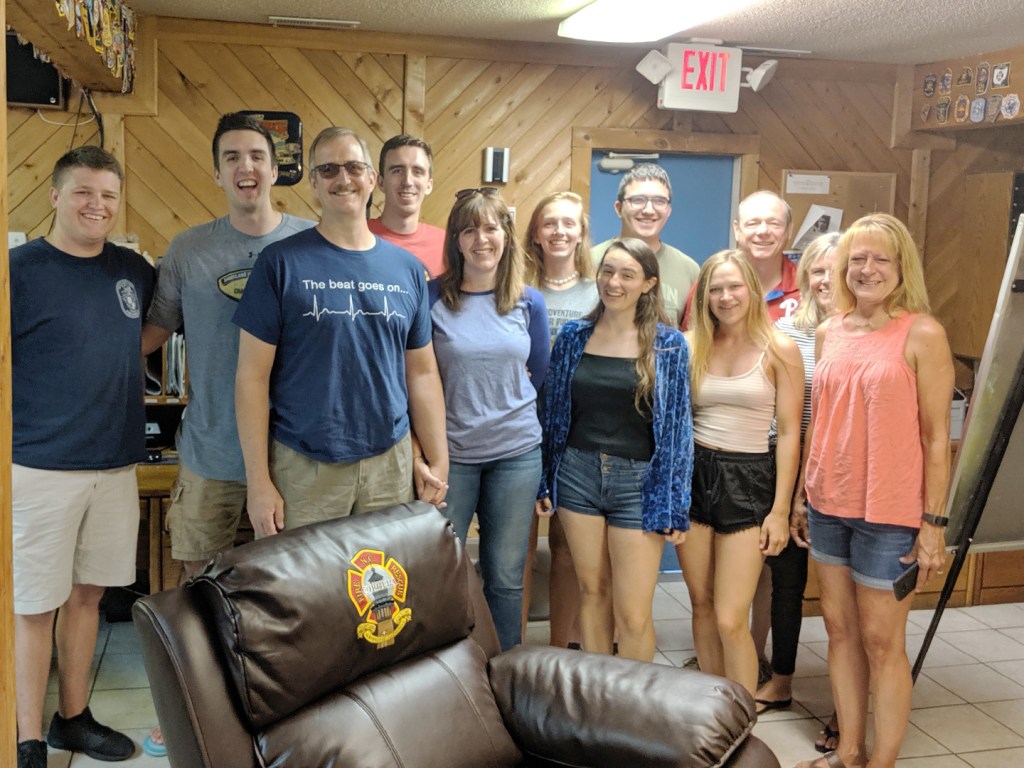 William Sunier and his family visited Station 6 in Corolla on Monday, July 1 to thank the members of C-Shift who saved his life on June 20, 2018.

Sunier was the Fire Division’s first cardiac arrest. According to information from Currituck County Fire & EMS, after five defibrillations – one AED PTA and four via Lifepack 15 –Sunier was converted to a sinus arrhythmia and flown to Norfolk General, where further care was provided.

Sunier walked out of the hospital a week later with zero deficit. Since then, two of his sons that witnessed the event, including one who provided bystander CPR, have chosen to become firefighter/EMTs.