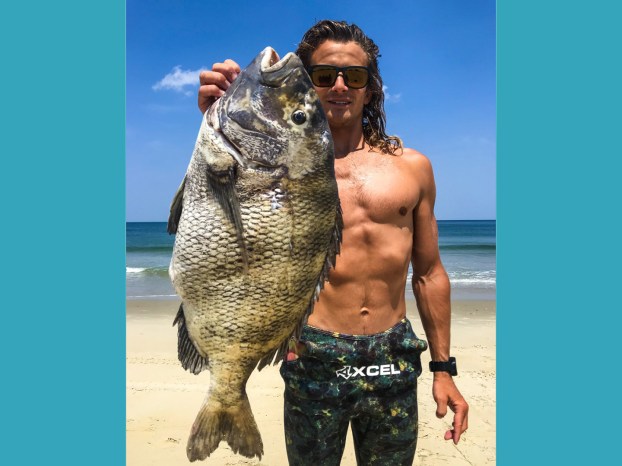 Quentin Turko of Kitty Hawk has been awarded for a world record sheepshead he caught while spearfishing June 2 on the Outer Banks.

The fish was officially weighed at TW’s Bait and Tackle in Nags Head June 2 and Turko sent paperwork to the International Underwater Spearfishing Association (IUSA), which officiates international world records for spearfishing.

Turko was awarded the new world record in the Men Speargun category by the IUSA on July 2, which can be viewed on the IUSA website here.