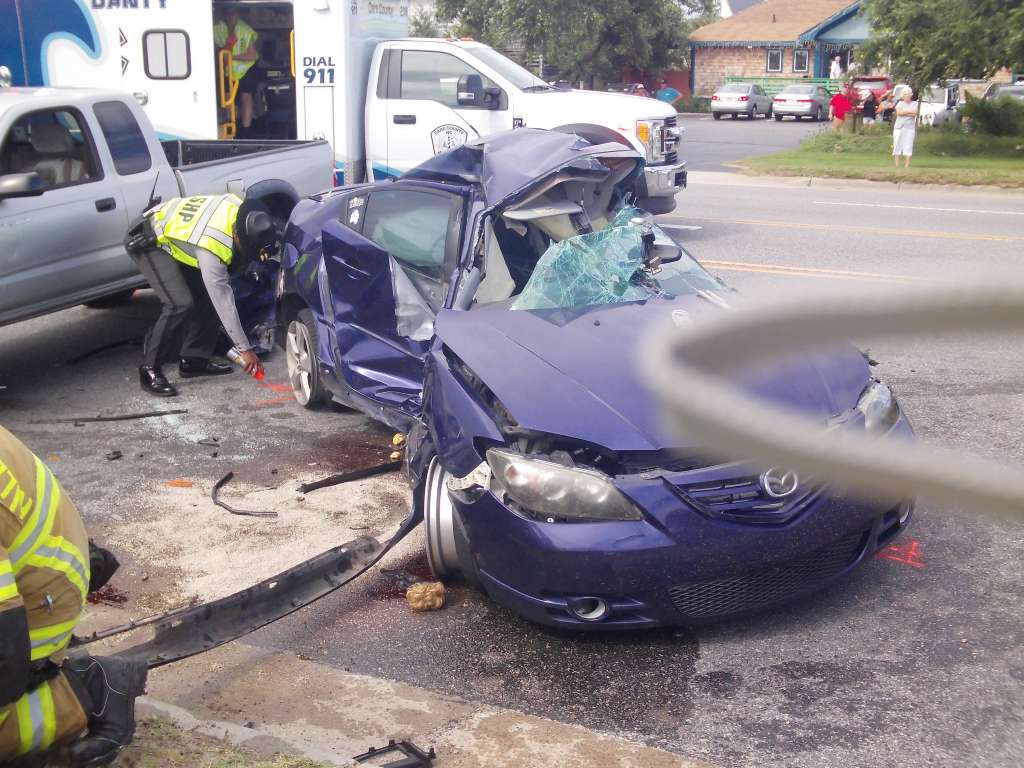 According to information from KDHPD, based on the investigation the collision unfolded as follows:

At approximately 4:03 p.m., Brittany Cox, 32, of Kill Devil Hills, was operating a blue 2005 Mazda passenger car and was traveling west on East Chowan Street. Cox was stopped at the stop sign at US 158 and East Chowan and attempted to cross the highway before it was safe to do so. As she attempted to cross the highway, her Mazda was struck on the driver’s side by a 2004 GMC Yukon in a “T-bone” style collision. The Yukon was traveling at approximately 50 mph at the time of impact. 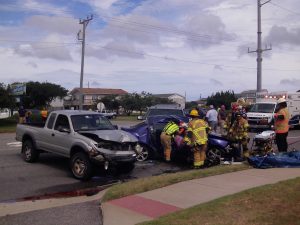 Cox was trapped due to the damage to her vehicle and had to be extricated by members of the fire department using the jaws of life. She sustained critical injuries and was eventually transported to Norfolk Sentara Hospital.

All lanes of US 158 were blocked for approximately one hour as life saving measures and the investigation were conducted. Charges are pending  for Cox for careless and reckless operation of a motor vehicle and possession of a controlled substance.

The lead investigator for the incident is Sgt. Rodney Rawls.