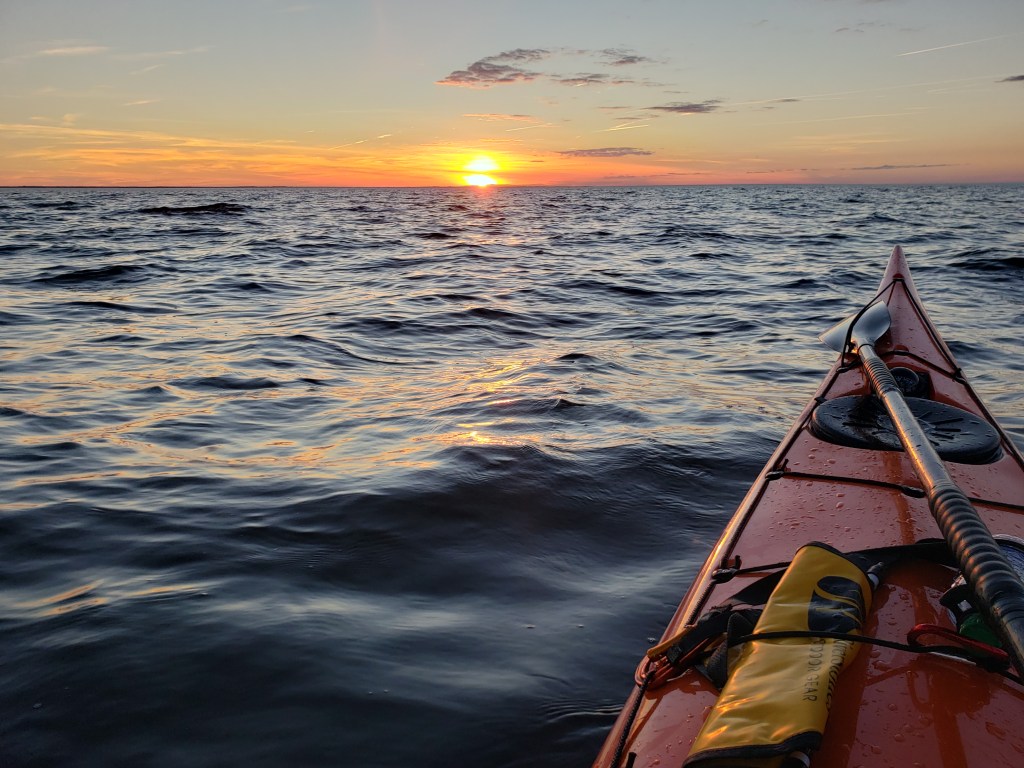 A view of the sound with one foot waves. This is much calmer than the day the young man ventured out of Colington Harbour. Courtesy USCG Auxiliary

Last week, our Auxiliary volunteers had a powerful reminder of the significant role they play helping the Coast Guard keep our local waters safe. An 11 year old boy had ventured out of Colington Harbor on his small kayak in choppy waters with south winds blowing 15-20 mph. He immediately began uncontrollably drifting north and was unable to paddle back to the harbor against the choppy waters and blowing winds.

The young kayaker was carrying his cell phone in a waterproof pouch and knew to call the Coast Guard Station at Oregon Inlet (SOI) in the event of trouble. SOI took the call and set a Search And Rescue (SAR) into motion, dispatching one of their vessels and calling the local Colington Fire & Rescue. They also called local Auxliarlist Keith Berntsen, knowing that the Auxiliary can operate closer than anyone to the Colington Harbour area and thinking they might be able to help. Berntsen called two other Auxiliarists hoping that they could quickly muster a first response.

The fastest way to help the young kayaker was for Auxilarist Jack Horst, who lives in Colington Harbour, to take his private boat and head out as a civilian responder while awaiting assistance from the Coast Guard in case anything serious was unfolding. Horst and his wife made it through Colington inlet in record time and started a search. Heading north in the sound with the wind, they saw the boy almost all the way to the KH3 beacon moving quickly towards the marsh surrounding Kitty Hawk Landing.

The boy was very glad to see Horst and his wife and they were able to load him and his kayak onto their boat for the return trip to the harbor. The brave and bright young paddler was reunited with his concerned and relieved mother, who assured the rescuers that lessons were learned. From the first call at 3:22 to Horst’s return to the dock at 3:59, the Coast Guard Auxiliary’s proximity allowed them to execute the whole event in less than 40 minutes.

Thank you to our volunteer Auxiliarists for all they do. A tip to all local or vacationing recreational boaters and/or paddlers: why not add the USCG Station Oregon Inlet number as a contact in your cell phones: 252-441-6260. You may need it one day.

The Coast Guard Auxiliary is the uniformed civilian component of the U.S. Coast Guard and supports the Coast Guard in nearly all mission areas. The Auxiliary was created by Congress in 1939. For more information about a boating course near you or to learn more about water safety or becoming one of America’s Volunteer Lifesavers, visit www.cgAux.org.