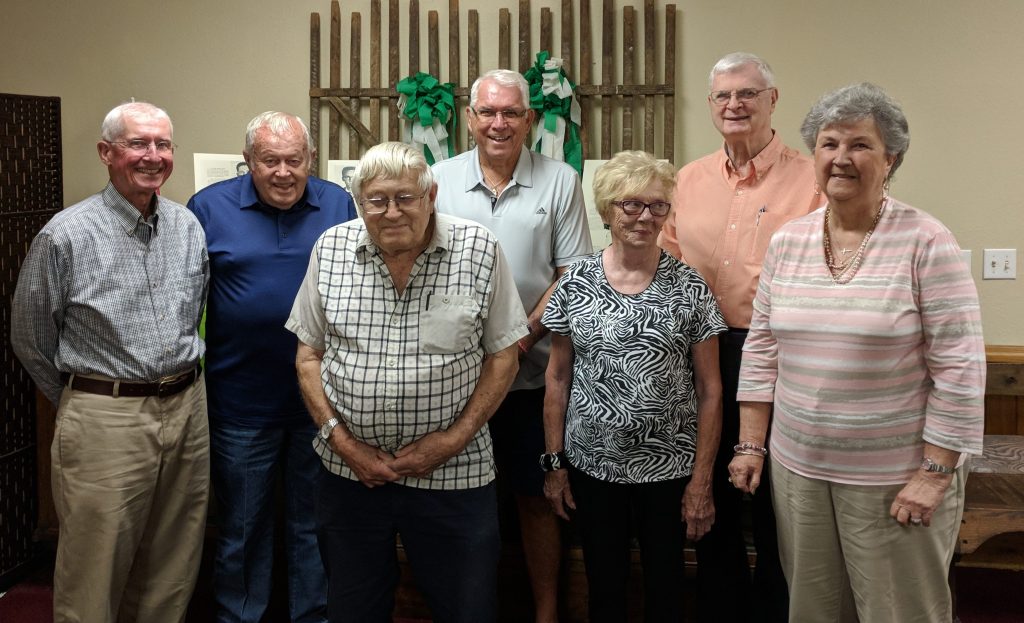 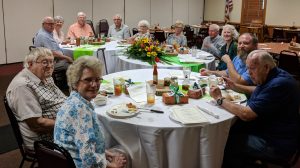 Joining Class of 1959 members in celebration were spouses and one classmate’s son. Courtesy Clare Baum

Memento bricks from the Engelhard High School classroom building, which has recently been torn down, were presented to each classmate along with a postcard of the school. 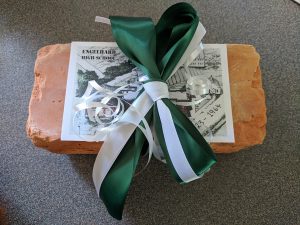 A memento brick from the classroom building of the Engelhard High School. Courtesy Clare Baum

A short program was led by president Walter Baum and included reminiscences of times during high school years and spontaneous comments from many classmates which sparked lots of laughter as the group re-lived those times long ago. Before departing, a group picture was taken recording the special evening spent together and there was some discussion of another time together in five years.