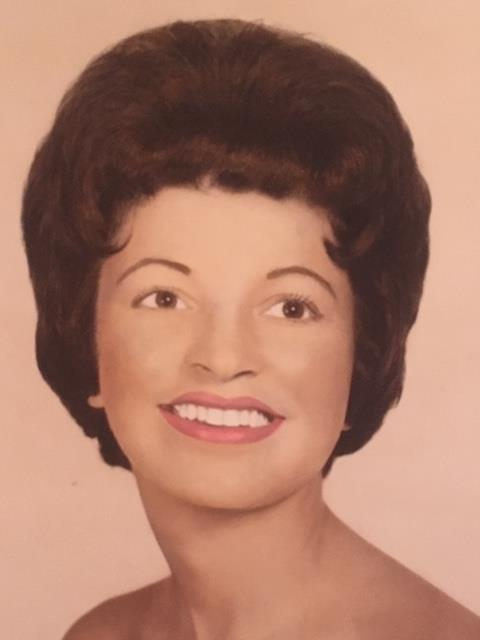 Becky met her future husband on a blind date in January 1973. Lee Baronet was a sergeant in the Marine Corps stationed at a base in Arlington, VA where she worked for the Navy Department Lee remembers that first date as he kissed her goodnight and knew that she was the one he wanted to marry. Now 65 years later, he was correct that Becky was the very best wife any man would want to spend his lifetime with.

During the next 20 years they lived in Louisiana, Hawaii, California, Georgia, North Carolina and Virginia. Becky took care of the family while Lee was overseas with Marine duties. They had two children, Daphne Akers and Anna Kennon, who became known as military brats. She was a wonderful mother of two, grandmother of four and great grandmother of five with one more on the way.

In addition to holding jobs in military bases, she helped other wives in any manner she could. She worked in military sales, bookkeeping and real estate.

She raised her own family as well as taking in her widowed mother with Alzheimer’s disease for two years and then visited her daily as she needed special care in a nursing home. She was a super efficient wife and mother to everyone who needed it.

Lee got his banking associates degree and after 21 years in the same job he retired in 1994 as an assistant vice president. Next in Becky’s life came much more traveling. In the USA they visited all 50 states and most every providence in Canada, included a 12 day rail cruise from Montreal on east coast to Victoria on west coast. Then more sea cruises included the last one of five on the Mississippi River on a river boat from New Orleans to Ohio and back again. They also traveled for two weeks to Australia and New Zealand and then one last trip overseas in Europe, driving through 12 countries plus Monaco and the Vatican – very tiring but beautiful in every respect.

Addicted to being on the road led them to attend many military reunions and conventions throughout the US. Lee was fond of being near other Marines and old friends.  He believed in the saying “Once a Marine, Always a Marine.” Becky also enjoyed these occasions.

Lee and Becky were very thankful to God for such a great entertaining and enjoyment of their life together.

A Celebration of Life will be conducted at 11am, Thursday, August 15, 2019 at Rosewood Kellum Funeral Home with a visitation starting an hour prior at 10am.  After the services there will be a reception on premises to fellowship with the family.  Interment will begin at 2pm at AG Horton, Jr., Memorial Veterans Cemetery in Suffolk.  In lieu of flowers the family requests donations be made to Gentle Expert Memorycare (GEM) Day Services Inc., P.O. Box 3601, Kill Devil Hills, NC 27948.  Online condolences may be offered to the family at www.kellumfuneralhome.com.