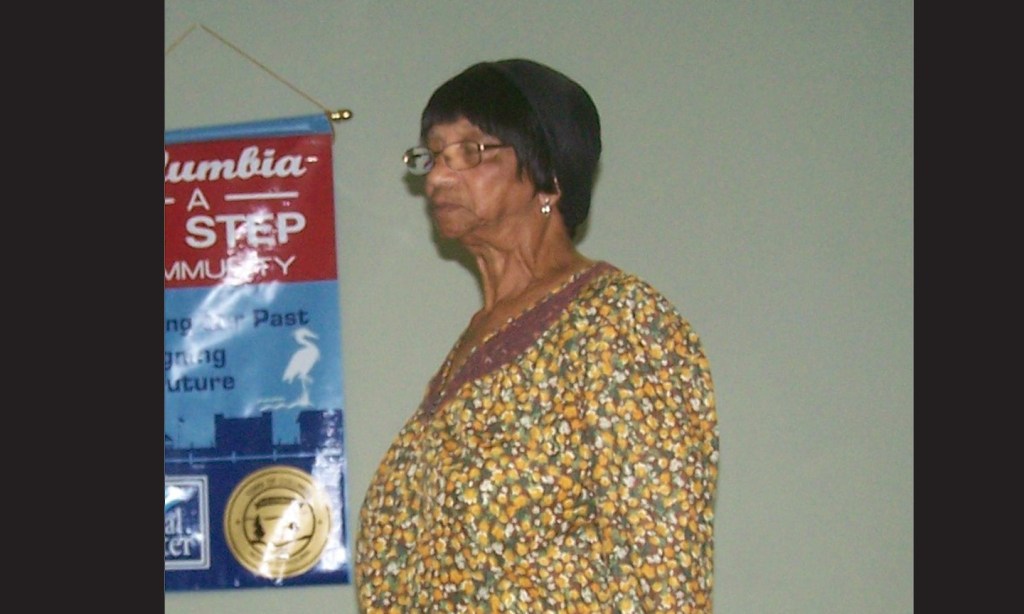 Spencer said in October there are problems with dogs, deteriorated houses, overgrown yards and trash on vacant lots.

In the November meeting, White distributed a map of the area and reported that he had met twice with Spencer in the interval between board meetings.

He reported that the town does not own the “cul-de-sac” at the east end of Railroad Street. It is part of the Armstrong farm, even though someone has put a mobile home there. The town’s right of way along Railroad Street is only the paved surface.

He identified seven properties on the south side of the street east of Kohloss Street – one inhabited and maintained, the others either vacant or in various stages of disrepair. “Six of the seven are in some stage of foreclosure,” White said.

Two derelict vehicles and two others with plates are parked close to the roadway, but none has been moved in weeks or months, the manager said.

“The sheriff can’t check vehicle identification numbers to determine ownership because the vehicles are on private property,” White explained. “Our aim is to ask the owners to move them or they will be towed away as a nuisance.” Someone suggested using a drone to read the VINs.

A tractor-trailer is parked on the opposite side of the street, White said. The owner drives the vehicle for his work and parks it there when not in use.

Crowding the traffic lanes creates a fire hazard, said Alderman Bryan Owens. “It would be difficult if a fire broke out up there; and it would be hard for an ambulance to get in and out, too.”

White said he identified six dog pens on one of two properties. He sent a letter to the property owner, who replied that the dogs are owned by other unknown individuals, perhaps family members.

A town ordinance says up to four dogs may be kept on a residential property. More than four dogs are on the property with dogs and the property is in foreclosure, which is a 3-4 year process, White stated.

The town can deal immediately with vehicles and perhaps the dogs, but the county animal control officer is reluctant to impound dogs that are being cared for, White said. However, an in-town kennel is against the ordinance.

White said he will write a letter to property owners stating that keeping more than four dogs violates the maximum limit of the ordinance, citing potential cruelty issues in case of flooding and liability for injury to persons if the dogs get loose. Some of these dogs are registered by the town, White said.

White also said town employees can clean Kohloss Street’s vacant lots, on one of which a freezer full of food was discarded some time ago. Health studies students from UNC-Chapel Hill have cleaned these same properties year after year.

Railroad Street extends from South Broad Street, one block south of Scuppernong Drive, eastward to a dead end in the extreme southeast corner of the town. It more or less follows the alignment of a Norfolk Southern Railway track that was taken up in the early 1950s. The track there was one leg of a wye that enabled the steam locomotive to reverse direction before its return trip to Mackeys via Travis, Woodley, Creswell, Scuppernong and Beasley stations.

Keeping kids warm this winter with Clothes for Kids