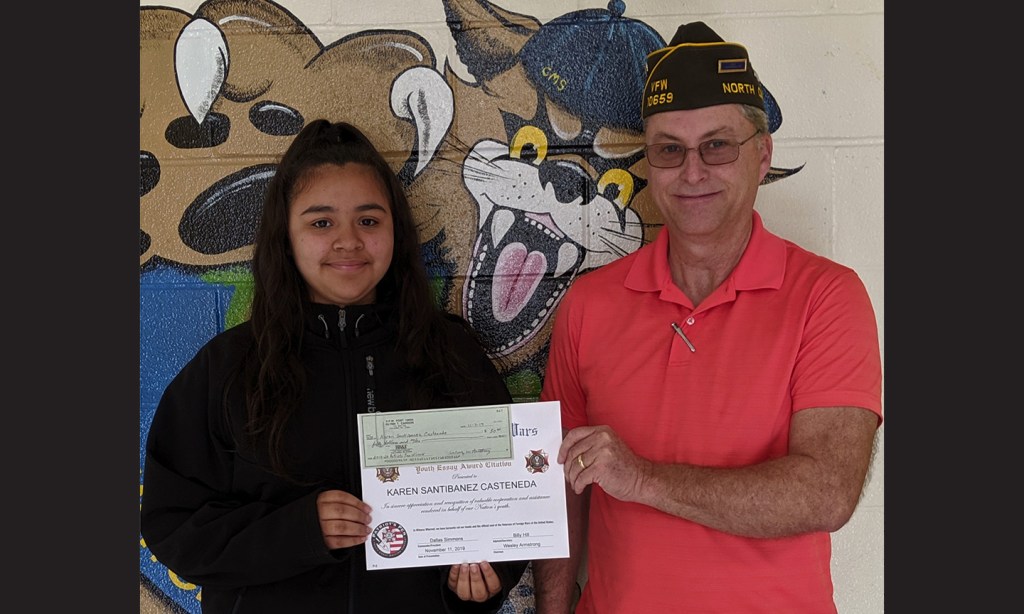 Karen Santibanez-Casteneda, a Columbia Middle School seventh grader, is the winner of this year’s Patriot’s Pen Essay Contest, sponsored by Glenn T. Cahoon post 10659 of the Veterans of Foreign Wars.

The contest encourages young minds to examine America’s history, along with their own experiences in modern American society, by drafting an essay of 300-400 words expressing their views based on a patriotic theme that was chosen by VFW National Commander-in-Chief William J. “Doc” Schmitz of Corning, N.Y. This year’s theme was “What Makes America Great.”

Santibanez-Casteneda’s essay will be submitted to the VFW’s northeastern North Carolina district competition.

Winners were chosen by members of the Columbia VFW chapter and post representative Wesley Armstrong, a First Gulf War veteran, presented the plaques to the young women. 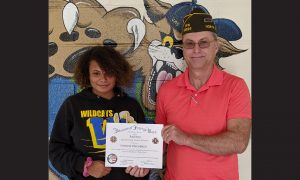