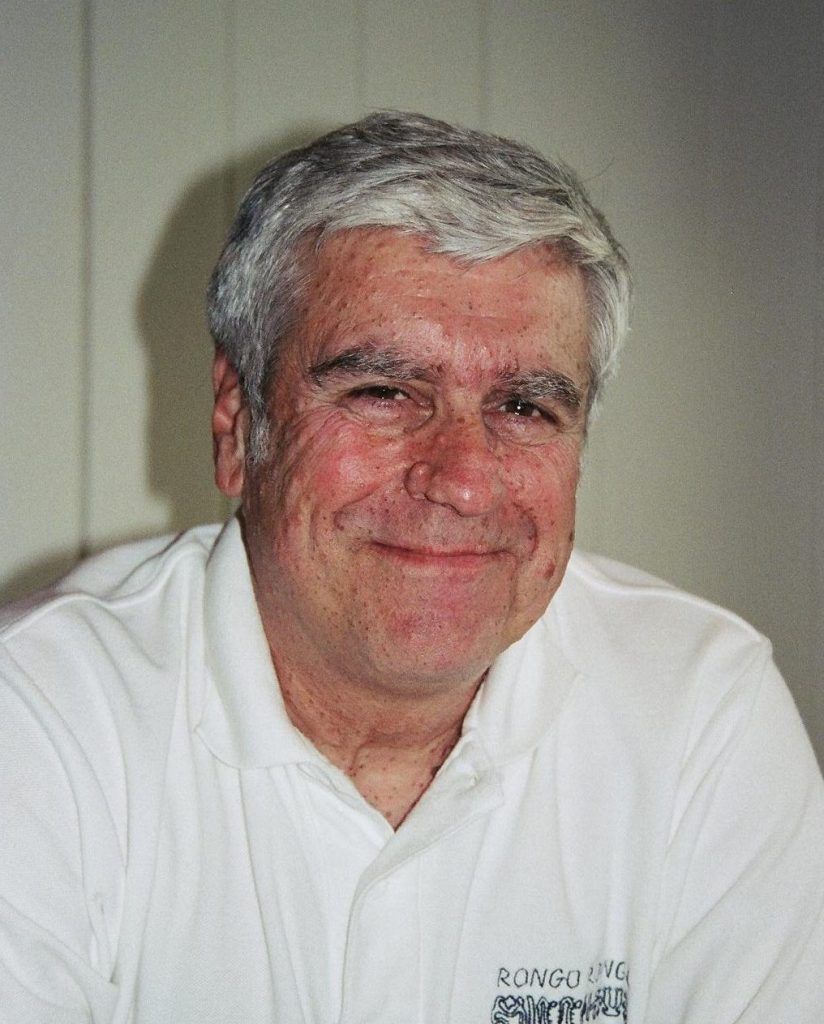 Robert Bartholomew Watson, better known as Bob, passed away peacefully among family Wednesday, December 4, 2019, at Currituck Health and Rehab Center in Barco after a short battle with cancer. He was 74. He joins his mother and father, Henrietta and Joe Watson, in peaceful rest. Bob is survived by his children and their spouses: Bryan and Sasha Watson, Barbara Watson and Michael Cates, and Paul Watson and Valerie Wagner; his brothers and their spouses: Andy and Lynn Watson, David and Jan Watson, and Joe and Shelley Watson; former spouse Judith B. Watson; sister-in-law Marcia Watson, four nieces and nephews and three grandchildren.

Bob spent his early youth in Connecticut, spending time in his grandfather’s screw-machine shop where he developed his fascination with all things mechanical, especially trains and planes. The family moved to Pittsburgh in the late 1950s and began to vacation on the Outer Banks. Bob was a model student and became a National Merit finalist his senior year at Mt. Lebanon High School. At age 18, he managed his younger brother David’s baseball team, The Mustangs, to the Little League Baseball Championship. He attended the University of Pittsburgh and was a model maker for Westinghouse. He met Judy Bower, a nursing student at a nearby hospital. The two were married and worked in the Pittsburgh area while Bob also drove a cab at night to pay for his pilot’s license and began flying. They then moved to Saint Louis when he got accepted to Parks Air College. There he got his BS in Aircraft Maintenance Technology, his aircraft mechanic license (A&P) and his commercial pilot’s license. When he graduated, Bob began taking jobs as a contract pilot when the couple welcomed their first son Bryan. The work was not always consistent. At one point, their small family, which now included daughter Barbara, lived in ten cities in eight years. His big break came when he accepted a job flying Gulfstream II jets for Saudi Arabian Airlines in Jeddah, Saudi Arabia. They lived abroad for ten years, welcoming a second son, Paul.

In 1986 Bob bought his parent’s summer house in Southern Shores. He started the Barbershop Chorus of the Outer Banks, coached his son’s Dare County rec. league teams, became the President of the PTA, and was a Lieutenant in the Southern Shores Volunteer Fire Department. He worked with brother Andy at Atlantic Carshade, running the graphics software and helping with shipping at “The Shed.” He then worked at Custom Coverups with friend, and Fire Chief, Greg Solesbee, painting houses all over the beach. Bob then got wanderlust and spread his wings again to fly jets and small planes, and VIPs and freight for a while. Bob started Coastal Point Realty, and later, Help-U-Sell and ran it until the 2008 downturn. His brother Joe then convinced him to join his consulting engineering firm, The Watson Group, as a project manager. They purchased a single-engine Mooney and flew to jobsites around the country, performing facility energy studies for corporate and government clients. As a retirement Bob returned to driving a cab and then Uber. Bob always stayed active, enjoying fishing and boating, weekly shag dancing with the Outer Banks Shag Club, and even joined a rock band as a keyboardist. This past summer, he got his dream job playing piano at Russo’s Supper Club. He will be missed…

When you hear a plane, look up.

When there’s a song in your heart, sing it.

When you see a boat on the water, think of Bob.

A party in celebration of Bob’s life will be held at Roosters Southern Kitchen, 804 S. Croatan Hwy, Kill Devil Hills, NC, on Saturday, December 28 from 1-4 p.m.

In lieu of flowers, please donate to the First Flight Society, P.O. Box 1903, Kitty Hawk NC, 27949 (firstflight.org) in memory of Captain Bob Watson. The proceeds will help fund a scholarship for the Regional Aviation and Technical Training Center in Currituck.

The Watson Family will receive condolences at 171 Sassafras Lane, Southern Shores, NC 27949 and online at  www.TwifordFH.com or any of the many family member’s Facebook pages.