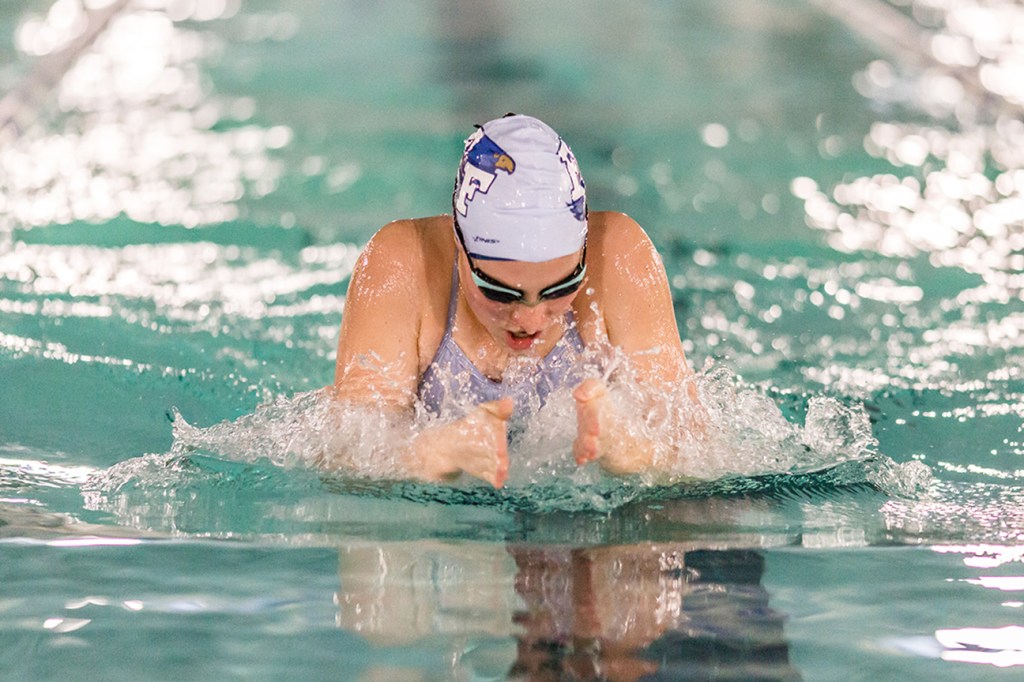 In the closest meet of the season, First Flight boys narrowly defeated Currituck 149 to 145 to preserve their unbeaten record in a six-way swim meet in Elizabeth City on Friday, December 13. With a 77 point lead, First Flight girls, continued their dominance, winning easily over six other area teams.

Team scores from the meet were: