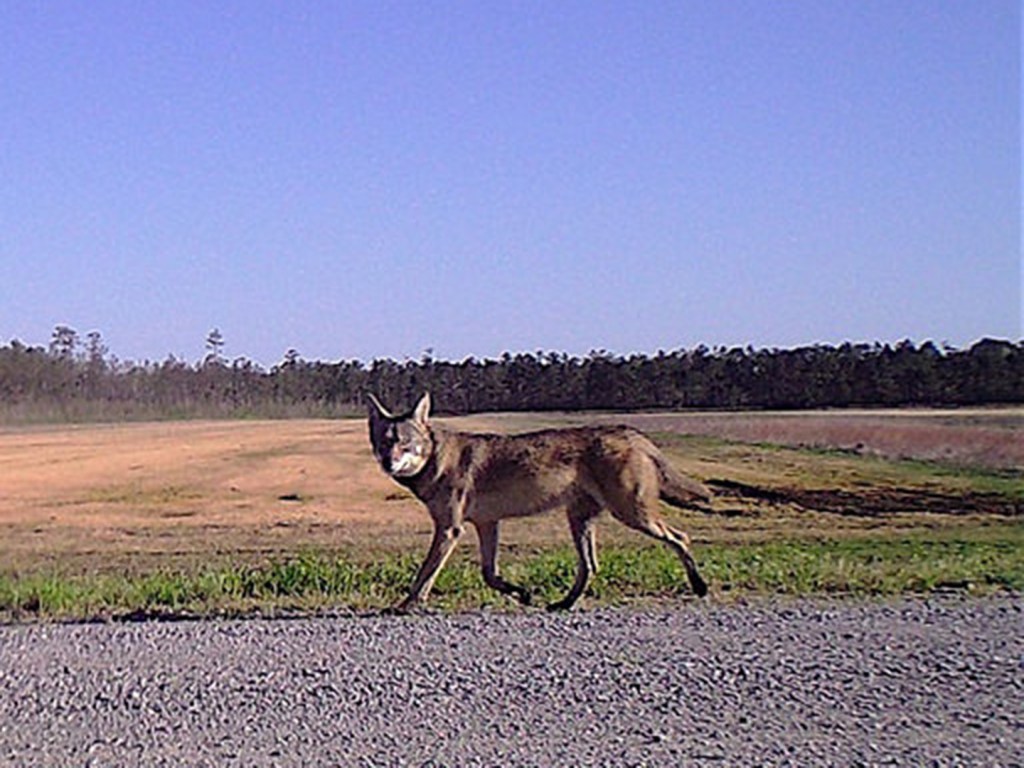 The fight over the  critically endangered red wolf has returned to court as North Carolina’s governor sought immediate help for the dozen or so remaining in the wild and federal biologists planned to transfer wolves into the recovery area for the first time in years.

In late November, Gov. Roy Cooper sent the secretary of the interior a sharply worded letter warning that, with no more than 14 known wolves in the wild, “the American red wolf is on the brink of extinction.” He noted that in 2019, no litters of red wolf pups were born in the wild for the first time in the history of the reintroduction program.

Red wolves once occupied much of the Eastern U.S. but were driven to near extinction by trapping, hunting and habitat loss before they were reintroduced to North Carolina in 1987. Their range is limited to five North Carolina counties. Another 200 live in captive breeding programs.

Cooper wrote in the Nov. 22 letter that “changes in management strategies over the last several years have diminished the wild population to a dangerous level. This population decline has occurred despite the availability of proven conservation strategies, such as coyote sterilization and captive wolf reintroductions.”

The letter follows a lawsuit filed earlier this year by the Center for Biological Diversity asking a judge to force the Fish and Wildlife Service to commit to a deadline for a new recovery plan and another by the Southern Environmental Law Center seeking documents pertaining to red wolf decision-making.

The Fish and Wildlife Service issued a statement in November saying it plans to begin updating the recovery plan in 2020 by appointing a panel of scientists to advise them on the process.

“Although an updated recovery plan is not yet in place, the Service has engaged in recovery efforts and continues to do so,” the statement said.

Fish and Wildlife Service Field Supervisor Pete Benjamin said at a Dec. 10 meeting with community members in eastern North Carolina that its biologists planned to move two wolves into the recovery area from a Florida refuge to promote breeding, according to the Center for Biological Diversity and Defenders of Wildlife, which had staff members attending. A third wolf, a male, will be moved within the North Carolina recovery area to pair with a female, the groups said.

The Fish and Wildlife Service didn’t respond to email and phone messages asking questions about the wolf pairing and other aspects of the recovery.

Moving the wolves from Florida could help diversify the wild gene pool in North Carolina, but much more recovery work is needed, said Heather Clarkson, the Defenders’ Southeast outreach representative.

“These . . . pairs are great, but they’re just not enough,” she said in an interview.

Conservation groups say the red wolf population has declined sharply as the government abandoned proven recovery methods. After red wolves were reintroduced to North Carolina, the wild population grew beyond 100 and remained stable through 2012. Wolf numbers were bolstered by releases of captive-born pups and sterilization of coyotes that competed for space. But those tactics were halted in 2015 amid pressure from conservative politicians and landowners who deemed wolves a nuisance.

The most recent round of litigation over the wolves comes more than a year after environmental groups won a November 2018 court victory when a federal judge ruled the Fish and Wildlife Service had violated the Endangered Species Act by failing to effectively conserve the species. The agency backed off of a plan to shrink the territory from its five-county area and said shortly after the ruling that it would review red wolf management. But in the year since, the agency has said little about its long-term plans.

The lack of action spurred the most recent round of lawsuits.

“It’s just so frustrating that they’ve done so very little at the same time that the population numbers are plummeting. It’s a really scary situation out there. We could see the extinction of the red wolf,” said Collette Adkins, an attorney for the Center for Biological Diversity who’s suing over the lack of a new red wolf plan. “They’ve had a court order telling them to do more, and in fact, it seems like they’re doing less. It’s really frustrating.”