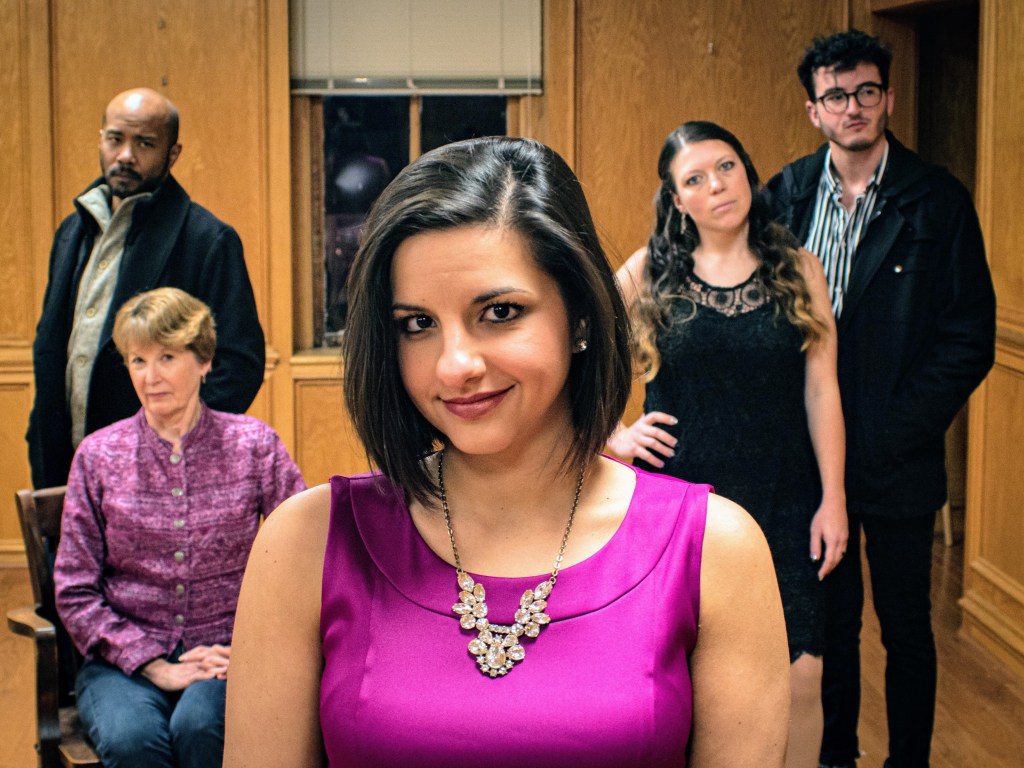 You can call it a serious comedy or perhaps a funny drama. But whatever you do, don’t call Theatre of Dare’s production of “Becky Shaw” a “romantic comedy.” The play opens January 10 upstairs at the Dare County Arts Council.

“It’s not one of those hearts and flowers plays,” says director Daniel Ziegler. “This show takes a sharp-tongued look at a set of tenuous co-dependent relationships that slowly unravel. It’s got funny moments, but there are also several parts of the play that get uncomfortably real.”

The unraveling begins when the titular character Becky (Leah Cribb) is set up on a blind date with Max (Jimmie Lee Brooks III) by his adopted sister Suzanna (Alana Hoare) and her husband Andrew (Evan Tillett). The date starts off on the wrong foot and gets worse from there, enveloping all four characters as well as Suzanna’s mother (Janet Bryant) in a deteriorating spiral of dysfunction.

“The thing that I like about this play is how the moral high ground keeps shifting,” says Brooks, who plays the abrasive Max. “The audience will hate one character one moment, and then begin to sympathize with them later on. When all is said and done, there isn’t really a clear hero or villain here.”

Gina Gionfriddo’s play drew rave reviews when it premiered off-Broadway in 2009, with the New York Times calling it “as engrossing as it is ferociously funny.” The play was later a finalist for the Pulitzer Prize in Drama.

Theatre of Dare is staging the play in the intimate confines of the Dare County Arts Council, which will put the audience on the front lines of the relationship battles. “It’s really the perfect place to put on such a tightly-wound show,” says Ziegler. However, the show is also rife with adult situations and coarse language, so TOD is advising theatergoers to leave the kids at home for this one.

“Becky Shaw” takes the stage January 10, 11, 17 and 18 at 7:30 p.m., with Sunday matinees January 12 and 19 at 2 p.m. Tickets are $12 for adults and $6 for students. All performances will be upstairs in the Dare County Arts Council Building at 300 Queen Elizabeth Ave. in Manteo. This show features strong adult situations and coarse language, so young children are discouraged from attending. For tickets and more information, go to www.theatreofdareobx.com.