One on One: Robert Bashford and The Rule 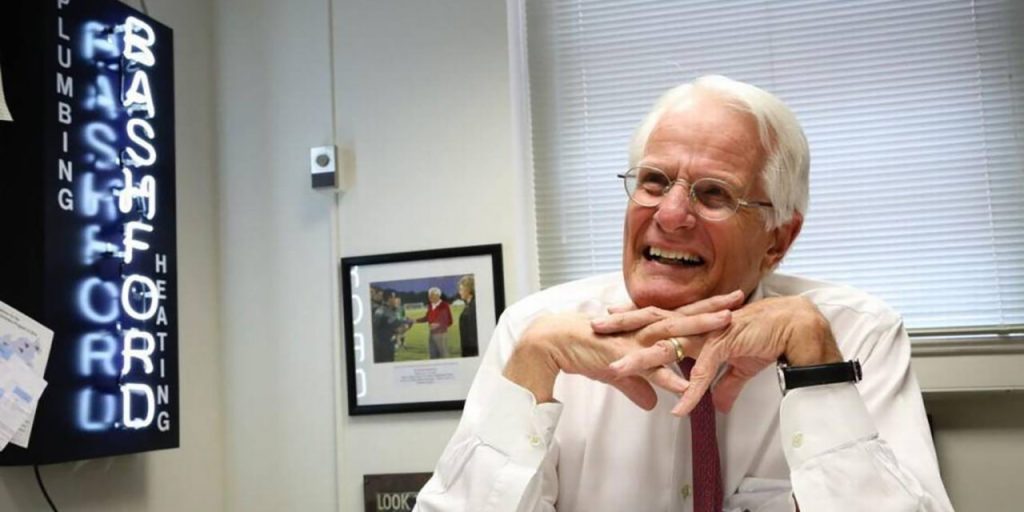 On New Year’s Eve I lost one of the best friends anybody could ever have.

That loss was widely shared throughout the state where Dr. Robert Bashford had built a network of loyal friends based on his commitment to help and serve.

In his more recent position he was, according to a message from the medical school, “instrumental in the development of the Kenan Rural Scholars program, building a pipeline of skilled, dedicated physicians, committed to service in our state’s rural, urban, and underserved areas. As a native North Carolinian, this mission was personal. He loved our state and he cared deeply for each student he brought into the Kenan Scholars program – students with what he would call a ‘rural heart.’”

Previously, as head of the school’s admissions office, he recruited and selected hundreds of medical students whose talents and diversity now serve the state. Before that he taught and practiced psychiatry. He was a latecomer to psychiatry, having first practiced ob-gyn in Wilmington where he delivered more than a thousand babies.

Having grown up in Raleigh and graduated from N.C. State, he would have wanted me to record that he was the biggest State fan in Chapel Hill.

Outside his professional life, he looked for opportunities to help those of us who faced challenges, always diligent to let us know that he cared, would listen and would find ways to help.

Weeks before his death, he fell at home and suffered a head injury that required emergency brain surgery. Recovery and rehabilitation were progressing, painfully and slowly. So it was a happy moment when he told me he was going back to work on Monday. A day later he died.

One of the many memories of him that have been rushing back was when he and I and another friend were gathered around a table two days after the death of Bashford’s mother more than 20 years ago.

All three of us were mama’s boys. We were talking about a rule that sorts out men who are likely to be worth a long-term commitment, distinguishing them from those who might be riskier.

The Rule, formulated by Bashford’s wife, Cynthia, was “If he loves his mother and his work, he is a pretty good risk.”

The Rule, we assured each other, had been adopted at the highest levels of one of our big banks and at the top of one of the largest financial firms on Wall Street. We knew some of those higher-ups. They were using The Rule to sort out those who are destined to be happily successful in business. They understood, we told each other, that people who take care of their mothers and like their jobs are going to be good business leaders.

Later, I asked Cynthia how she came to propound The Rule.

“It was not meant as a rule. I had decided somewhere along the way that – if I were going to be involved with someone over a long period of time – that one who loved his mother or who had loved his mother would himself be the happiest of men. Such a person would, I thought, because of the background and depth of that relationship, more likely have an appreciation of the really good things about life.”

Robert Bashford lived that kind of life, and he made the lives of so many others so much better as a result.

His life was a demonstration of the wisdom of The Rule.

And his mama would be mighty proud.