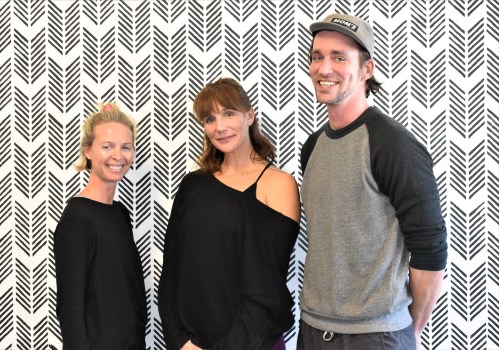 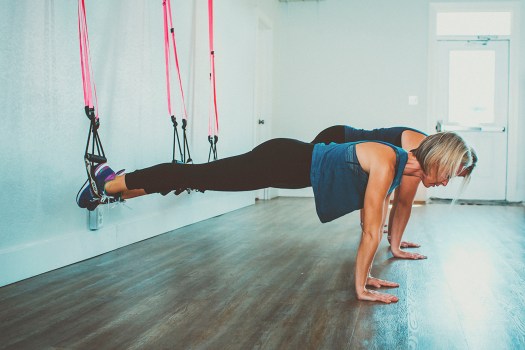 The collective draws on aspects of various disciplines, but the instructors add in their unique touches to make each workout different. Courtesy OBX Fitness Collective 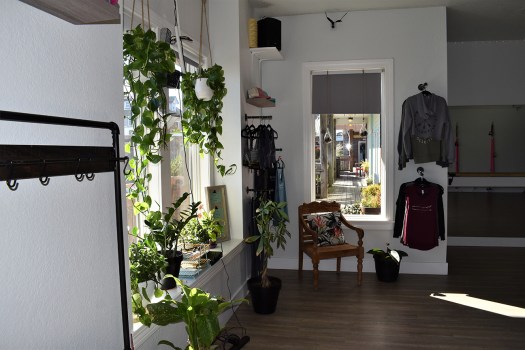 The OBX Fitness Collective has become a community space where people are all ages are welcomed. Danielle Puleo photo 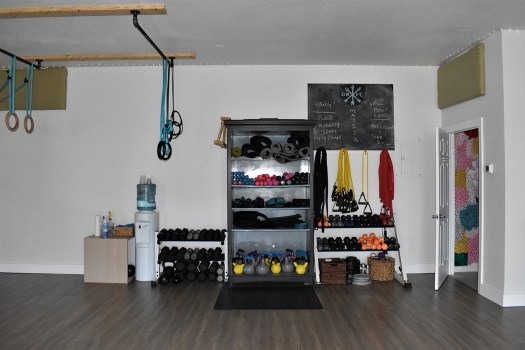 OBX Fitness Collective is not your typical gym. Owned and operated by Dan and Kelly Althoff along with Lindsay Scheer, the collective offers a refreshing take on traditional group workout classes.

What began almost a year ago has established itself as a community space where people of all ages are invited to try something new. From barre classes to unique “move unbound” courses to TRX strengthening, the collective seems to have something for everyone.

This idea for a collective was rooted in a desire to change the way people view working out. “We wanted the studio itself to be a place where everyone is welcome,” Kelly said. Dan added, “no matter what discipline you come from, everyone has something that they can bring to the table.”

Not only does the collective draw on many different disciplines, but the owners wanted it to be an affordable place as well. “We didn’t want it to be exclusive or cost-prohibiting,” Dan said. A lot of their shared views came from their respective pasts and are incorporated into their classes today.

Dan and Kelly grew up in the mountains of Virginia, both taking on their own routes to what it meant to stay physically active. Dan followed a more unconventional means of working out, a method that allows for a broad spectrum of movements.

“I was a high energy child,” Dan said. After playing in the woods on a daily basis growing up, Dan explored sports, martial arts and strength and endurance training. A few years ago, Dan attended a workshop in Colorado that taught him how competency and intelligence are the true goals to attain while exploring a discipline.

In class, Dan focuses on building the “bamboo body.” “One that is strong but flexible and capable of all sorts of things,” he explained. His movement classes are all about becoming competent while working on yourself and growing through your movements.

On the other hand, Kelly offers more traditional-style classes with her own twist. Known as the “HIIT girl” (high intensity interval training) when she taught at the Outer Banks YMCA, Kelly draws on movement patterns that her group can constantly work on.

Kelly’s “Whimsy Warrior” class is a mat-based course that uses ankle weights and various positions in a heated setting. “This class gives people the chance to get better and then I can introduce new things,” she said.

Scheer offers but yet another kind of class at the collective. Her barre classes pull from classic barre practices with her own style added in. “Barre incorporates a bit of ballet work, as well as some Pilates and yoga as well,” Scheer explained. “I’m always creating my own style with it.”

Scheer said traditional barre focuses on isolated muscle movements, but after learning from Dan and Kelly, she tries to incorporate a full range of motion in her classes.

As if the classes weren’t enough to get people involved, the collective also offers daycare five days a week from 8:30 to 9:30 a.m. There is also a “teen bounce” class for teenagers wishing to get involved and various dance classes, like street jazz, hip hop and adult ballet, taught by Mai Baker.

“I’ve really enjoyed seeing people in classes becoming a community,” Kelly said. “They are becoming a family and I love it. It’s a big support group here.”

The OBX Fitness Collective is located at 3810 N. Croatan Hwy. in Kitty Hawk. A class schedule and further information is available on their website at www.obxfitnesscollective.com.