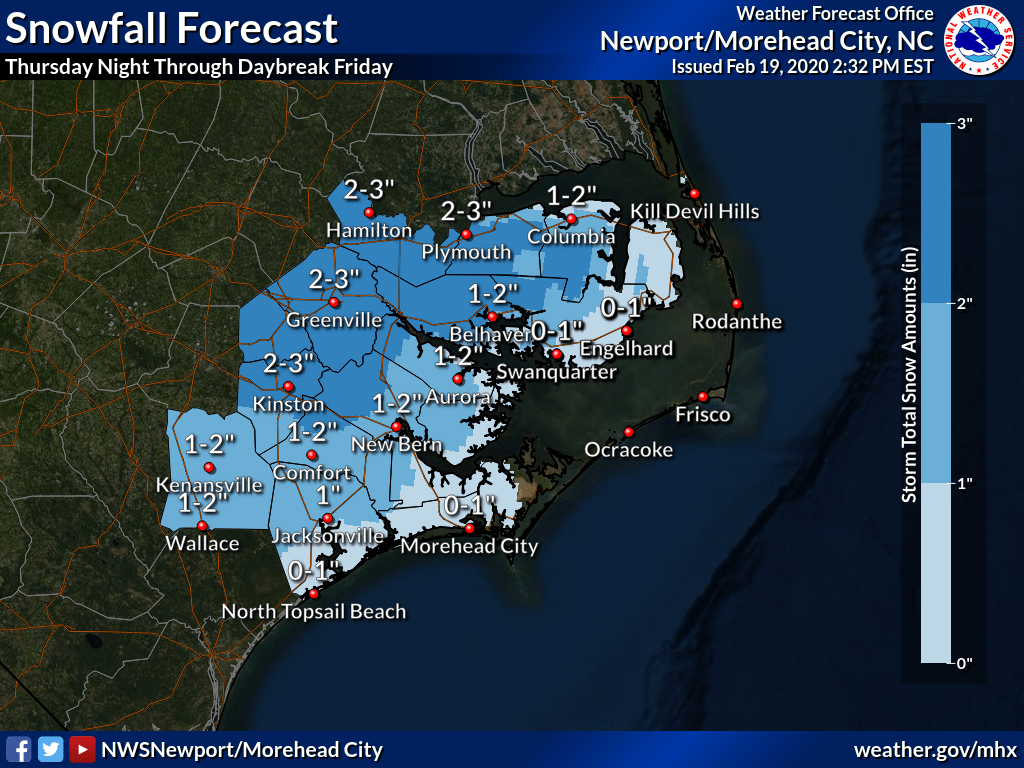 As of Wednesday afternoon, no advisories have been issued for Hatteras and Ocracoke islands. Snow is not expected on the two islands as the temperatures are predicted to remain between 39 to 41 degrees.

For offshore and Pamlico Sound waters, a small craft warning is now in effect. A Gale Watch kicks in Thursday afternoon through Friday. Very rough waters are expected.

North to north northeast winds will blow up to 35 miles per hour with gusts to 47 along the Outer Banks.

Winds are predicted to dwindle by Saturday morning and shift northwest Saturday night.

As to snow, the National Weather Service has revised its forecast upward.

The official forecast calls for two to three inches of snow west of U.S. 17; up to two inches in Aurora; and up to one inch in Engelhard and mainland Dare villages.

The winter storm will impact the entire state. As of Wednesday afternoon, a Winter Weather Advisory has been issued for portions of Western and Central North Carolina through Friday morning.