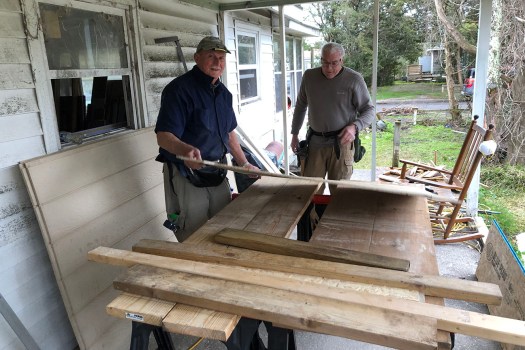 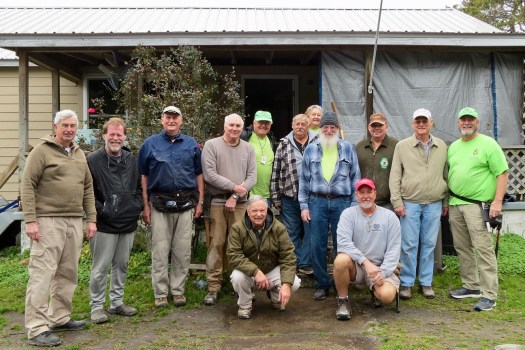 For three weeks in February, the rebuilding of Ocracoke received an assist from the Cape Hatteras United Methodist Men and others.

The organization’s volunteers worked for the North Carolina Conference United Methodist Committee on Relief from its Ocracoke Island Work Center.

During the three weeks, more than 60 people participated including Methodist Men teams from the Cape Hatteras area, Rodanthe, Kitty Hawk, Duck and Elizabeth City. These teams were joined by other volunteers from North Carolina, Virginia, Pennsylvania, Maryland and Tennessee.

The work focused on rebuilding the interiors of flooded homes so that owners can move back in.

Dennis Carroll, director of the Cape Hatteras United Methodist Men, said “what started as a very modest effort to help our neighbors and fill a gap exceeded our expectations. The number of volunteers grew as did the results, despite the weather and logistical challenges. The welcome reception and gratitude of the Ocracoke people was heartwarming. We also thank the homeowners who have let our volunteers, as well as displaced residents, stay in their homes. The continuing need is great since many families and individuals are still displaced.”

The Committee on Relief is making every effort to either get families back in their homes or provide temporary travel trailers for some residents, as the current temporary rental homes become unavailable during tourist season.

Organized teams and individuals wishing to help may get more information about Ocracoke, as well as other locations, by calling the United Methodist Committee on Relief Call Center at 888-440-9167.

For recovery on Hatteras Island, Cape Hatteras United Methodist Men has received a $200,000 grant from the Outer Banks Community Foundation to help the organization focus on reducing repetitive storm losses. “We will pursue other support as well,” says Carroll.

In conjunction with the grant, the United Methodist Committee on Relief has hired a full time case worker and is hiring a construction manager for Hatteras Island. Soon, an office will open up in Buxton to facilitate the work.

“We think the grant, in conjunction with our dedicated volunteers, will have a lasting impact. One unmet need is to raise homes, especially trailers, for which there is no government assistance available. UMCOR has also promised assistance with the replacement of some non-repairable homes,” reports Carroll. 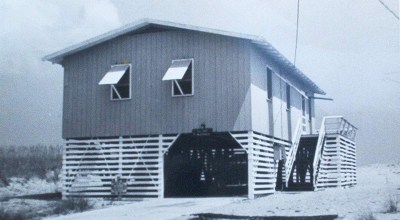