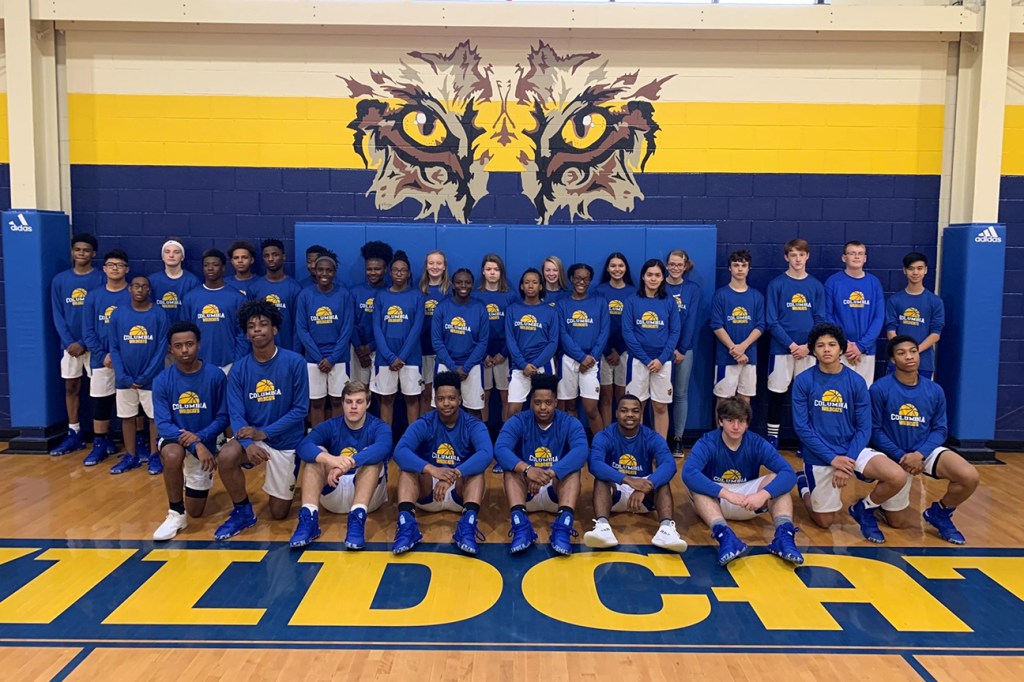 Columbia junior varsity Wildcats finished the regular season as the Atlantic 5 champions and were runners-up in the conference tournament.

JV Wildcats won the Wildcat Christmas Classic this past December as well. Xavier Singleton and Andrew Etheridge were named all-Conference members from our JV team. JV team finished with an 8-2 record in conference and Coach Mike Cole was voted Coach of the Year by fellow Atlantic 5 coaches.

Lady Cats finished with a 7-5 conference record this year. With only one senior on the Lady Cats team, the future will be very exciting.

The Wildcats made it to the state basketball playoffs this year, losing to Riverside Williamston. Wildcats finished with a 9-3 regular season record after finishing in last place last year. AJ Aguliar and KaShawn Spencer were named first team All Conference, and DaShawn Spencer was named second team All Conference. Coach Vi Holloway received Coach of the Year as well this year.

Though the Wildcats had an outstanding year on the court, two things off the court really stand out in the coaches’ minds. At Thanksgiving, members of Wildcat basketball teams helped pass out turkeys and other food.

The biggest accomplishment the Wildcats have had in the last couple of years are several student athletes have made the honor roll or the principal’s list. Over that stretch of time, the Wildcats had to remove only one student due to poor grades. During the season, there was just a little bit of behavior issues as well.

The coaches look forward to having some summer camps for all youth, not just Tyrrell County, but all of the surrounding area.

Last but certainly not least, coaches would like to thank each parent for bringing the Wildcats back and forth to practice and picking them up on those late away games.

A huge thank you to the people that came out to support our young adults, not just at home games but traveled to support the Wildcats.

Thank you to each and every volunteer in whichever job you had. If it was just one game or many, Mrs. Karen Clough, Mrs. Dawn White and Mrs. Donna Dewhurst really went above and beyond. To Mr. Zig and the wonderful teachers and staff, thank you for doing all you do. Each of you had a hand in the success of the Wildcats. Always remember, Wildcats Roar!

In Dare, last day of school is June 11